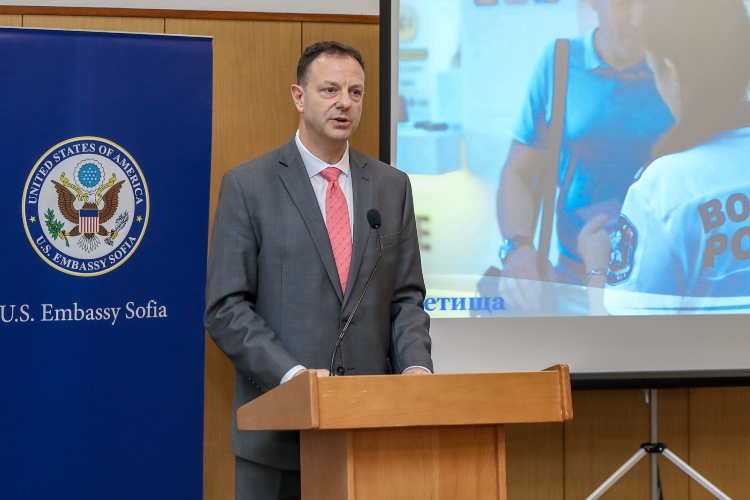 Charge d’Affaires Justin Friedman delivered opening remarks at the event commemorating the 10th anniversary of the Nuclear Smuggling Detection and Deterrence (NSDD) Program, a.k.a. the Second Line of Defense. The U.S. Government has invested in Bulgaria more than USD 40.6 million under this program. The program was launched in 2008 when DOE began working together with Bulgaria to implement fixed radiation detection systems at 21 sites along Bulgaria’s borders as well as international airports.  Later the U.S. Department of Energy in cooperation with the Bulgarian Border Police deployed eight mobile systems for detection of nuclear and radioactive substances. Charge d’Affaires Justin Friedman said: “I’m grateful to the MoI and the border guards themselves, who operate this equipment, for their cooperation and for their hard work every day to keep Bulgaria and the Bulgarian citizens  safe. This program is a small but important piece of our strategic partnership because at the end of the day our strategic partnership makes us both safer and stronger together.” 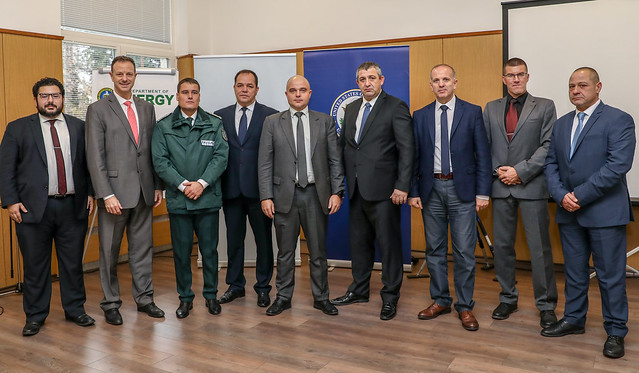