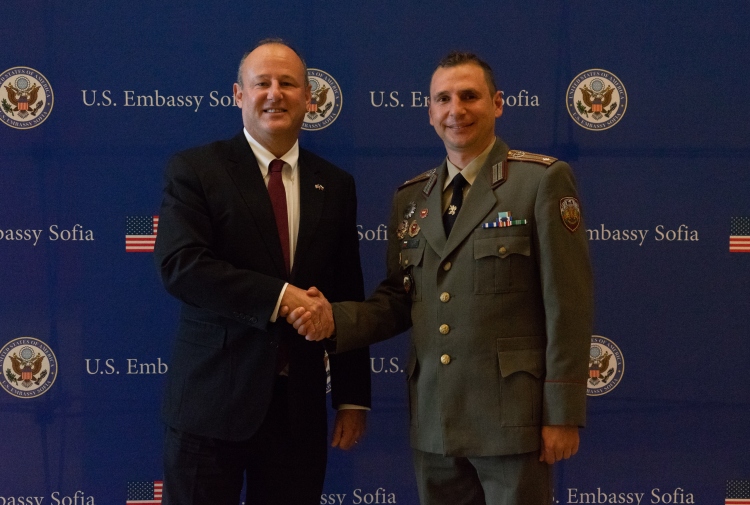 This year 9 Bulgarians graduated from American professional military education courses.  Ambassador Rubin personally congratulated this year’s graduates today on the 26th anniversary of the United States Security Assistance program in Bulgaria. Since 1992, the U.S. Government has invested over $285 million in programs to train and equip the Bulgarian military. Tonight, Deputy Chief of Mission Friedman and Deputy Minister of Defense Zapryanov will recognize all the outstanding Bulgarian program participants –5,044 military officers, enlisted members, and civilian officials from the Ministries of Defense, Interior, and Foreign Affairs have now participated in the United States International Military Education and Training program, the Counter Terrorism Fellowship Program, the George C. Marshall Center, or the Foreign Military Financing program.