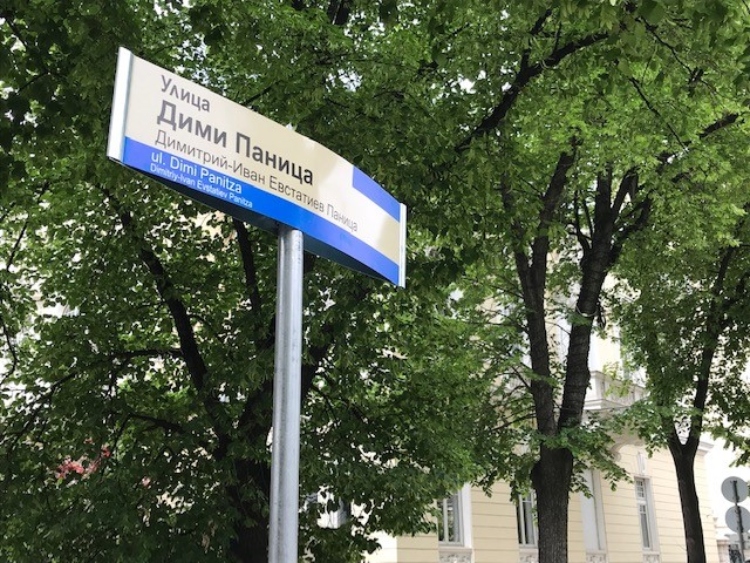 The U.S. Embassy joined in honoring Bulgarian Dimi Panitza at a ceremony renaming a city street after him. Ulitsa Dimi Panitza now runs in front of the home in which Dimi was born, between National Assembly Square and Vasil Levski Boulevard, and parallel to Tsar Osvoboditel Blvd. Dimi Panitza, born in Sofia in 1930, spent a large part of his life in the U.S. – Dimi worked at U.S. magazine Reader’s Digest for 42 years! After the 1989 political changes Dimi returned to his home country and supported newly-democratic Bulgaria in many significant ways. Dimi founded the Free and Democratic Bulgaria Foundation to assist in the democratization of Bulgarian society. He was also a founder and long-term board member of the American University in Bulgaria; He was a founder of Junior Achievement Bulgaria; and he was the sole founder of the Bulgarian School of Politics, the Institute for Market Economics-Sofia, and the Institute for the Study of the Recent Past. Dimi Panitza’s legacy lives on throughout modern Bulgaria, and the U.S. Embassy joins the City of Sofia in acknowledging his achievements and contributions.