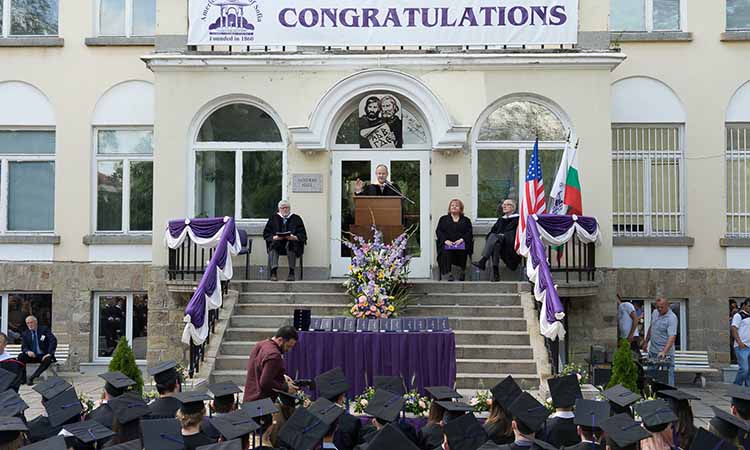 Ambassador Eric Rubin was the keynote speaker at the American College of Sofia (ACS) Graduation Ceremony for Class 2017, which took place at the ACS campus on May 20th. One hundred forty one graduates received their diplomas from one of the oldest American educational institutions outside the United States. “I congratulate all of you for making it here today,” Ambassador Rubin said and wished the graduates all the best.

The American College of Sofia, which integrates best practices from American pedagogy with the educational traditions of Bulgaria and Europe currently has more than 800 students. ACS was originally established by American missionaries more than 150 years ago. Since the ACS re-opened back in 1992, 21 classes and more than 2300 alumni have graduated from it. Many of them have attended prestigious universities in the United States and then followed their dreams of personal and professional happiness.