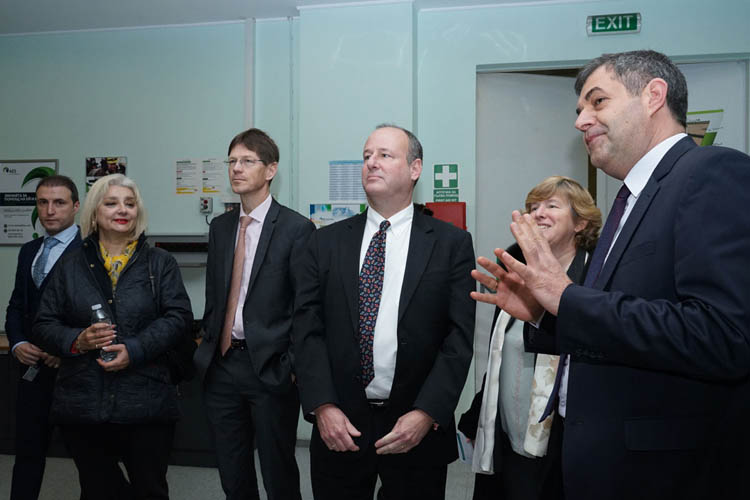 U.S. Ambassador Eric Rubin paid a visit to Stara Zagora and Galabovo on March 28-29. The Ambassador toured two of the largest American investments in Bulgaria – AES Maritsa East 1 and ContourGlobal Maritsa East 3 and visited some of their community programs that assist hundreds of thousands of Bulgarians.

The two thermal power plants are key components of the Bulgarian energy system that supply over 17 percent of Bulgaria’s energy. The two plants operate on indigenous resources thus reducing this country’s reliance on imported oil and gas. Their electricity production process is in full compliance with the highest European standards for safety and environment preservation.

AES Maritsa East 1 and ContourGlobal Maritsa East 3 are among the largest employers in the region, securing jobs for hundreds of people and contributing to local communities by providing donations and services in the fields of education, health care, environment protection, and extracurricular activities for local kids.