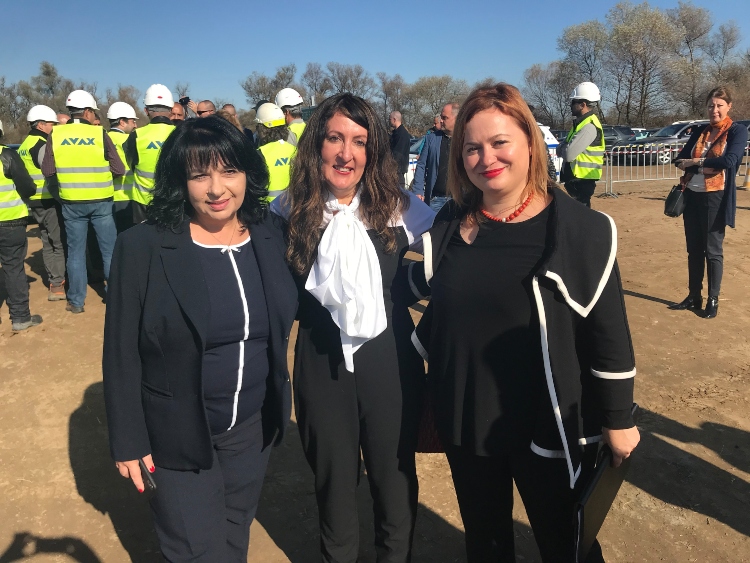 Ambassador Mustafa particularly recognized the efforts of ICGB CEO Teodorga Georgieva “whose timeless efforts were critical to bring us to where we are today – witnessing the start of construction work.”

“Let us recall a simple but powerful principle: Energy security is national security.  And the IGB is not just another pipeline.  It is a project that will greatly enhance Bulgaria’s national security and sovereignty and bring the promise of lower energy costs to the Bulgarian consumer,” Ambassador Mustafa told the assembled crowd in the Bulgarian language.

“Now we look forward to seeing rapid progress on this project.  We also welcome the Bulgarian government’s intention to support – via an ownership stake and capacity booking – the Alexandroupolis Floating Storage and Regasification Unit – which will magnify the power of the IGB to turn Bulgaria into a truly dynamic gas hub,” Ambassador Mustafa told reporters