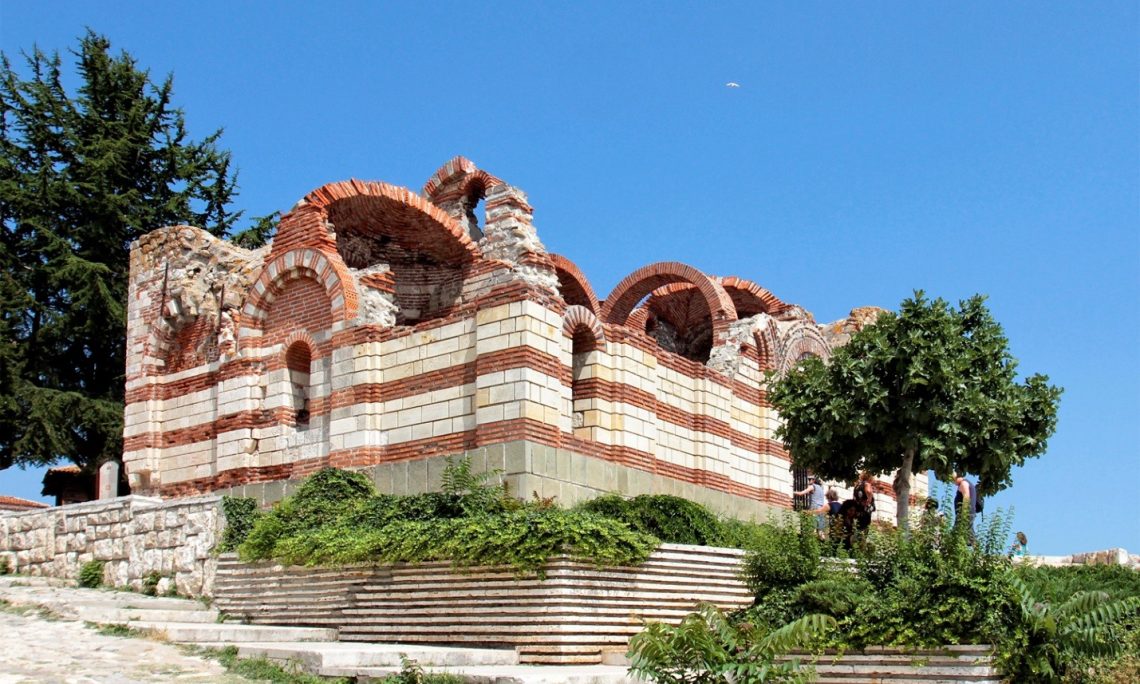 The U.S. Embassy is pleased to announce that on April 27, 2015, Amb. Marcie B. Ries and Nessebar Mayor Nikolay Dimitrov took part in a ceremony marking the beginning of restoration of the 14th century medieval church of St. John Aliturgetos in Nessebar. The work is being supported by the largest grant to Bulgaria to date from the U.S. Government’s Ambassadors Fund for Cultural Preservation (AFCP) Large Grant Project. In December 2014, Amb. Ries announced a $706,000 USD AFCP grant  to Bulgaria for cultural heritage preservation of St. John Aliturgetos located in this ancient city that has been a UNESCO World Heritage Site since 1983.

The Bulgarian National Committee of ICOMOS and the municipality of Nessebar will administer the project, which will stabilize the church structure to prevent further deterioration, conserve the unique, medieval sculptural decoration and architectural elements, and create easier and safer access to the monument.

Together these projects represent the U.S. government’s investment of more than $900,000 USD in the cultural heritage of Bulgaria.

Established by the U.S. Congress in the fall of 2000, the U.S. Ambassadors Fund for Cultural Preservation awards grants for the preservation of cultural sites, cultural objects and collections, and forms of traditional cultural expression such as music, dance, and language, in more than 130 countries around the world.  Administered by the Cultural Heritage Center, within the Department of State’s Bureau of Educational and Cultural Affairs, and funded from Diplomatic and Consular Program funds, the AFCP offers the U.S. a meaningful opportunity to show its respect for the cultural heritage of other countries.