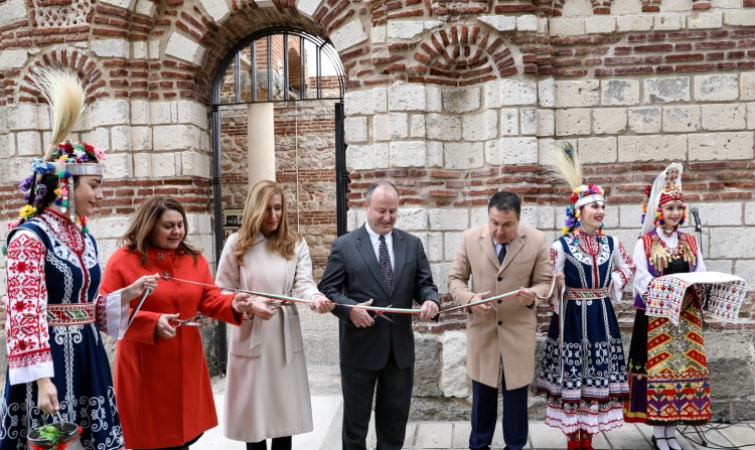 “This church is an iconic symbol of an ancient place.  Working together, we continue to strengthen the cultural ties between our two countries through projects like this.” – Ambassador Eric Rubin

Tourists in Nessebar will now be able to closely view the church and its interior while the architectural details and ceramo-plastic decorations remain carefully preserved.  New signs describe the history and importance of this famous Bulgarian cultural site.

“Anyone who has visited Nessebar – whether sailors on a ship hundreds of years ago or tourists just this summer – this church is an iconic symbol of an ancient place.  It stands prominently overlooking the Black Sea, its rich colors beckoning to visitors, and its history tells us about the many people and cultures that have called Nessebar home over the millennia.  However, we know that the Black Sea is unforgiving, and centuries of wind and water took their toll.

“We agreed to fund this restoration project because Americans believe that preserving and protecting cultural treasures is a shared responsibility. Working together, we continue to strengthen the cultural ties between our two countries through projects like this.” – Ambassador Eric Rubin.

This project joins many others that the Embassy has sponsored since 2002, including conservation of two 4th century Christian tombs in central Sofia (currently at the National History Museum); preservation of the 4th century BC Thracian Tomb of Kran II in the Valley of the Thracian Kings; restoration of the 17th century Kurshum Mosque in Silistra; preservation of 3rd century mosaic floors in the ancient provincial capital of Philippoplis (modern-day Plovdiv); and, preservation of the early 19th century library and Mosque of Osman Pazvantoglu in Vidin. Just last month Ambassador Rubin announced that he will use the U.S. Ambassador’s Fund for Cultural Preservation to restore, conserve, and modernize display of Bulgaria’s Sveshtari Thracian Tomb – a UNESCO World Heritage Site.

Together these projects total $1,084,380.00 USD invested in Bulgarian cultural heritage by the United States Embassy. 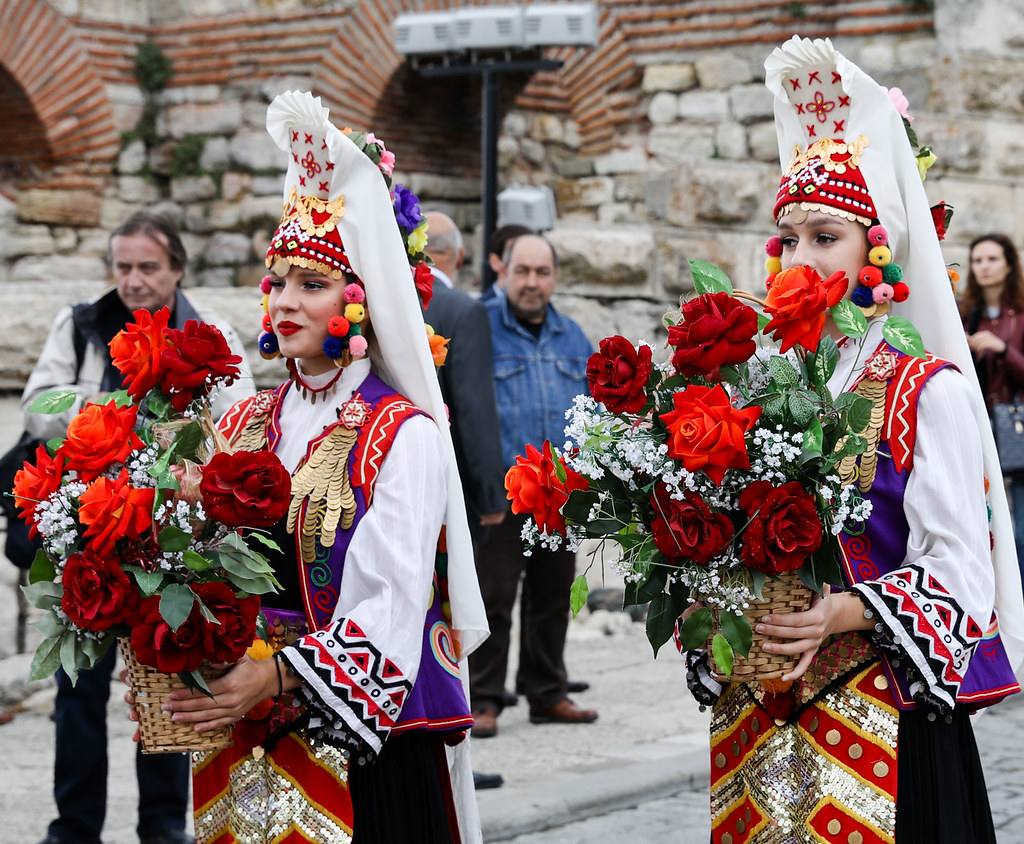