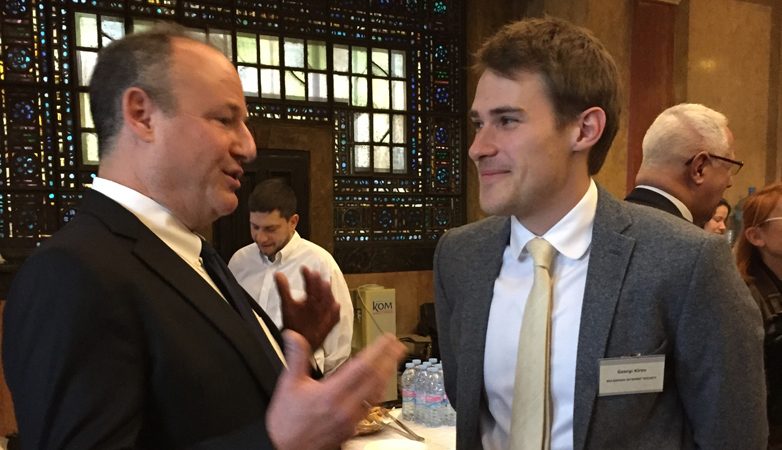 “Bulgaria has a history of tolerance worthy of emulation.  A history that evokes national pride and international respect.  Bulgaria’s history of tolerance and inclusivity, as well as more recent progress, should not be distorted by those who seek to divide Bulgarians along racial, political, and social divides.  Let me be clear: efforts to glorify dark chapters of history, efforts to lionize historical figures who were purveyors of hate and intolerance are unacceptable. In seeking to learn positive lessons from history, it is essential not to allow the wrong lessons to be adopted as examples, and especially essential for our children as they grow up to learn positive examples…”

U.S. Ambassador Rubin added his voice to a chorus rejecting hate speech, xenophobia, racism, anti-Semitism and extremism at the “Sofia Says No to Hate Speech and Extremism” International Forum organized today by Marginalia Association for Human Rights and Internet Society Bulgaria in partnership with Europe 2018 Project of Sofia Municipality and the Organization of Jews in Bulgaria Shalom.

The aim of the international forum was to demonstrate that Bulgaria’s civil society, the Government of Bulgaria, and local governments are united in their will to counter hate speech, xenophobia, racism, anti-Semitism, and extremism. All participants shared their experience in countering hate speech and extremism and united around the common belief that hateful and toxic words undermine national unity and strength. They agreed that we, as a global society, have to make sure each person experiences tolerance of their ethnicity, religion, and background.