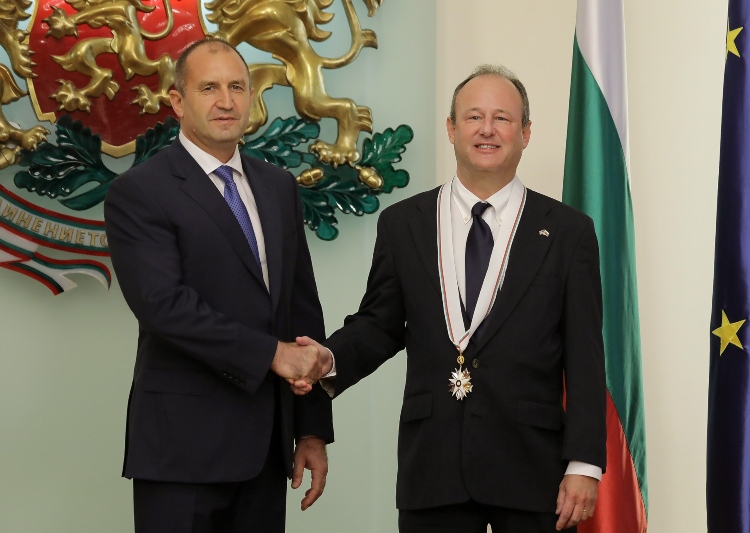 Ambassador Rubin thanked President Radev for the great honor and stated: “As we mark the 30th anniversary of Bulgaria’s return to democracy this autumn, let us take stock of the progress we have achieved together in building Bulgaria’s thriving free-market economy and in supporting Bulgaria’s accession to NATO and the European Union. Bulgaria’s young people today are freer and have more opportunities than any generation in Bulgarian history. That achievement did not come easily, and should not be underestimated… Mr. President, I would like to thank you again for the honor you have bestowed on me. I accept it as a tribute to the work we have done together, and as a symbol of the deep and lasting alliance between our countries.”