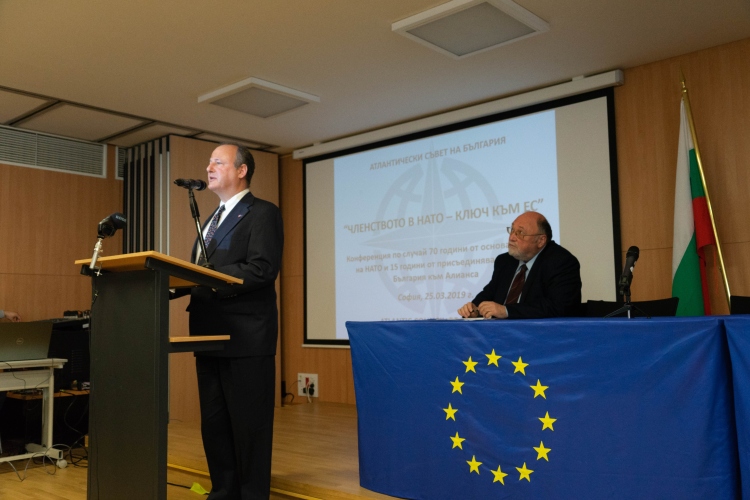 On March 25th, 2019, Ambassador Eric Rubin joined former Bulgarian presidents Petar Stoyanov and Rosen Plevneliev, former Bulgarian Prime Minister Ivan Kostov and British Ambassador to Bulgaria Emma Hopkins at the conference “NATO Membership –a Key to the European Union.”  The event was organized by the Atlantic Council of Bulgaria on the occasion of the 15th anniversary of Bulgaria’s NATO membership. “This year marks both NATO’s 70th anniversary and the 15th anniversary of Bulgaria’s accession to the Alliance.  These are challenging times, but ones of great promise and opportunity as well.  We should celebrate these historic milestones, recommit ourselves to our shared values of peace and prosperity, and look proudly and boldly to the future. I recently celebrated my own anniversary –three years as the United States Ambassador to Bulgaria. Three years ago Bulgaria was in the early stages of restarting its modernization program for the Air Force, Land Forces, and Navy.  In the ensuing months, several setbacks and complications frustrated those efforts.  Nonetheless, Bulgaria persevered in these endeavors. Bulgaria faces many challenges from external efforts at destabilization, budgetary restraints, and complex domestic politics that could derail any or all of these modernization projects.  Nevertheless, the determination to fulfill the country’s NATO commitments and continue to mature as a NATO Ally demonstrates that the Bulgarian people and their elected leaders understand that the future of Bulgaria lies with NATO and the West. Bulgaria still has much to do, however, and the challenges to the country and to NATO along the Eastern Flank and in the Black Sea region are real, but the United States stands with Bulgaria every step of the way,“ Ambassador Rubin said in his keynote address.

The Atlantic Council of Bulgaria is a non-governmental organization of experts and civil society activists, established to reinforce Euro-Atlantic values in Bulgaria. The current conference encouraged an expert discussion on Bulgaria’s goals as a NATO member in the years to come, focusing on the steps Bulgaria should take to become a more efficient and resilient NATO ally. 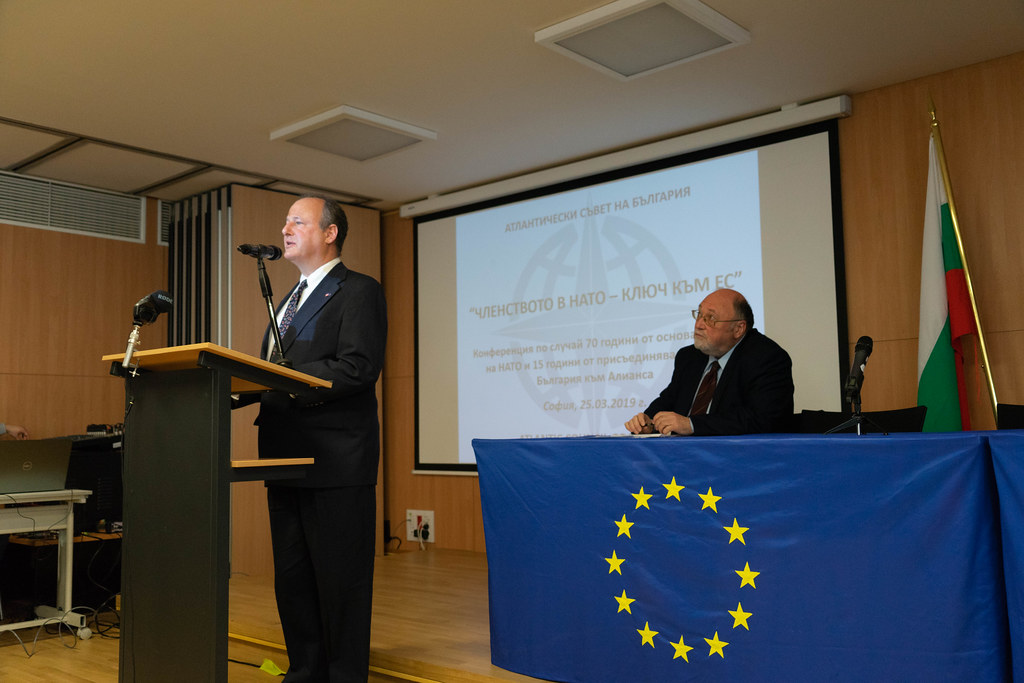