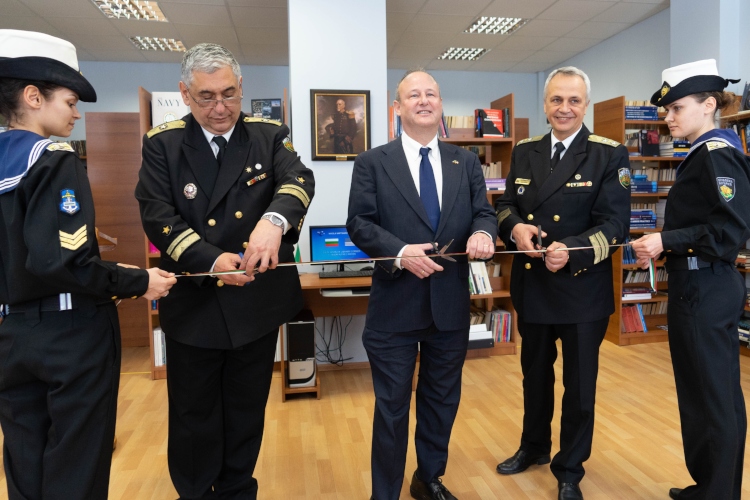 “We are very proud and appreciative of the close cooperation and integration between the U.S. Naval Academy and Nikola Vaptsarov Naval Academy.  Bulgarian mid-shipmen and faculty participate in and contribute to numerous maritime educational ventures.  Additionally, Bulgarian students have embarked on U.S. Naval vessels for training in joint military seamanship exercises, further solidifying our ever-expanding partnership,” said Ambassador Rubin during a ribbon cutting ceremony for an American literature corner at the Varna Naval Academy student library. The corner is named after U.S. RADM Alfred Mahan –one of the most important U.S. military strategists and U.S. naval historians of the 19th century.  Ambassador Rubin also recognized the achievements of Bulgarian mid-shipman Nikoleta Gerogieva, who is currently enrolled at the U.S. Naval Academy, and Lieutenant Junior Grade Seyko Seykov and Ensign Todor Stoev, previous graduates of the U.S. Naval Academy, by presenting them with official U.S. Embassy coins in honor of their accomplishments.