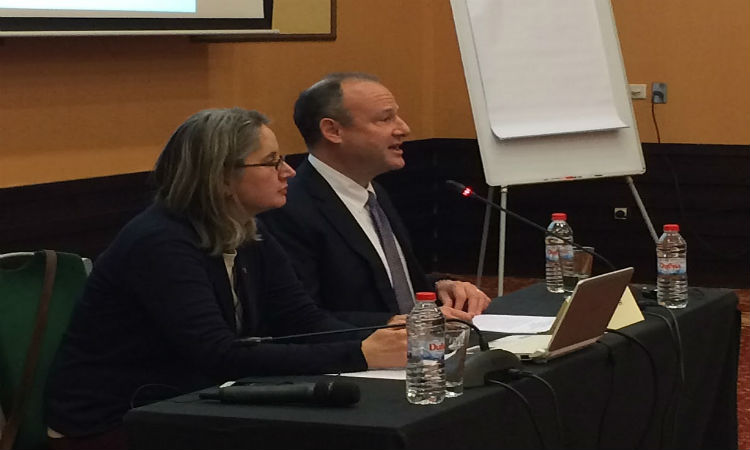 Ambassador Rubin spoke on March 9 in Pravets  about U.S.-European Union relations and the EU’s critical role in shaping and sustaining a strong and successful Europe.  Ambassador Rubin was hosted by the New Bulgarian University’s Dimitri Panitza School of Politics, which is holding a four-day educational model for civic leaders, titled “Bulgaria in the EU – Principles of Good Governance.”  After the speech, the Ambassador engaged in discussion with course participants about the future of the EU and about U.S. foreign policy.  Program participants come from all over Bulgaria, and include mayors, local administrators, and leaders from NGOs and other civic institutions, among others.

Pictured with Ambassador Rubin is Dr. Irina Alexieva, Executive Director of the Dimitri Panitza School of Politics.  The School of Politics is a non-governmental organization whose mission is to support the creation of a community of civic and political leaders with an active stand in national, European and global political and public life, devoted to contemporary democratic values of pluralism, tolerance and informed debate.