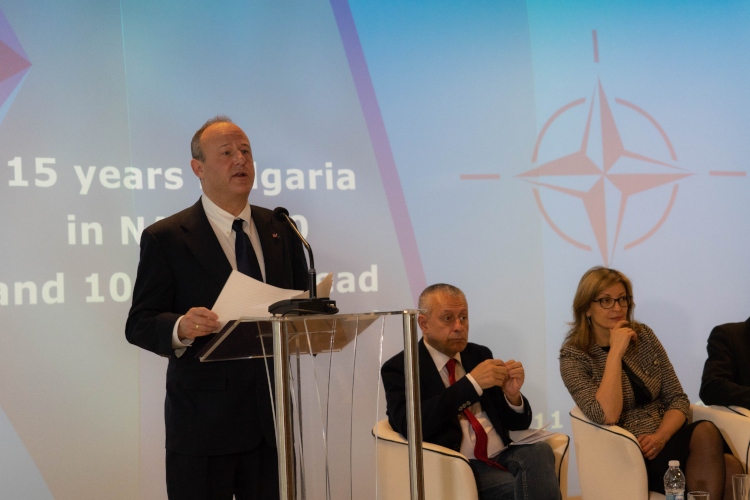 I wish to thank Solomon and The Atlantic Club of Bulgaria for hosting this important event and for the invitation to be with you and this esteemed panel today. It is a pleasure to share this time with Minister Zaharieva, Minister Karakachanov, and Assistant Secretary General Missiroli to discuss 15 years of Bulgaria in NATO. Each of us here today care deeply about Bulgaria, the NATO Alliance, and the Euro-Atlantic community.

I recently celebrated my own anniversary –three years as the United States Ambassador to Bulgaria. While my time serving my country here has been a pleasure for me and my family on a personal level, it has been rewarding and inspiring on a professional one.

While it is true that these are challenging times, they also represent a moment of great promise and opportunity as well. We should celebrate these historic milestones, recommit ourselves to our shared values of peace and prosperity, and look proudly and boldly to the future.

As we mark 15 years of Bulgaria in NATO, it should be noted that Bulgaria’s defense and security relationship with the United States predates the country’s decade and a half in the NATO Alliance. For over 25 years, Bulgaria and the United States have been bonded through the State Partnership Program with the Tennessee National Guard. The United States has invested over $300 million dollars in Bulgarian security and defense over this period to train and equip the Bulgarian Armed Forces. Since 1992, over 5,000 military officers, enlisted members, as well as civilian officials from the Ministry of Defense, Interior and Foreign Affairs have benefited from U.S. training programs. This year, approximately 60 Officers and Non Commissioned Officers will also attend training courses in the United States. From junior military service-members to the most senior, these education and training programs have promoted intellectual and operational interoperability, developing many professional ties that have been the cornerstone of our bilateral alliance. These are investments not only in the physical security of Bulgaria but in its greatest asset, its people.
Looking back over these 25 years the lessons learned are that we need to continuously strive to do more because this formula works. Bulgaria has become a model for Western Balkan countries aspiring to integrate more closely with and eventually formally join the Euro-Atlantic framework of peace and prosperity through the European Union and NATO.

With progress toward fulfilling the NATO Wales commitments, we are able to do more with more, and Bulgaria is one of the leaders within NATO in this respect. Bulgaria was one of the first NATO Allies to submit a credible plan to meet NATO defense spending commitments by 2024 and Bulgaria has embarked on a historic and critical military modernization plan to realize this vision. Carrying out Bulgaria’s military modernization is the template for the way forward to elevate Bulgaria’s role within NATO and within the Black Sea and Balkan region to provide security and promote peace and prosperity.
Three years ago Bulgaria was in the early stages of restarting its modernization program for the Air Force, Land Forces, and Navy. In the ensuing months, several setbacks and complications frustrated those efforts. Nonetheless, Bulgaria persevered in these endeavors. The selection of the F-16 to modernize the Bulgarian Air Force is a major part of this plan and is most welcome by the United States. We look forward to finalizing a purchase agreement in the coming months. The F-16 will bring NATO-interoperability to Bulgaria’s air force and greatly reduce the country’s dependence on obsolete, Soviet-legacy equipment. Bulgaria’s war-fighters – be they in the air, land, or naval forces – are among the best and they deserve to have modern, effective equipment to do their jobs.

Bulgaria faces many challenges from aggressive behavior in the Black Sea region to new threats from cyber and hybrid warfare. The determination to fulfill the country’s NATO commitments and continue to mature as a NATO Ally demonstrates that the Bulgarian people and their elected leaders understand that the future of Bulgaria lies with NATO and the West. Through its leadership during the EU Council Presidency, Bulgaria proved itself as a capable regional leader and role model for aspiring Euro-Atlantic nations in the Western Balkans hoping to follow Bulgaria’s path. Moreover, it demonstrates that Bulgaria understands it has a proactive and important role to play in securing this future for all of us in NATO.

As NATO declared following the Foreign Ministerial that just concluded in Washington, “We remain committed to all three aspects of our 2014 Wales Defense Investment Pledge, including the spending guidelines for 2024, planned capabilities, and contributions to missions and operations. We have made considerable progress but we can, must, and will do more.” Bulgaria, like all Allies, still has much to do, and the challenges to the country and to NATO along the Eastern Flank and in the Black Sea region are real. While Bulgaria’s air force modernization is very welcome news for Bulgaria and for NATO, it is essential that Bulgaria continue its modernization efforts and make progress on acquiring new naval vessels and armored land vehicles. The United States stands with Bulgaria every step of the way.

At the end of the day, NATO and the Euro-Atlantic Alliance are about people. The security and prosperity of all our peoples and their relationships with one another across countries and cultures is our strength. So let me conclude by saying that the Bulgarian people have achieved great things these past 25 years working shoulder to shoulder with the United States, and these past 15 years as NATO Allies. As the Bulgarian proverb says, “we are stronger together.” I expect great things over the next 15 and 25 years and beyond. 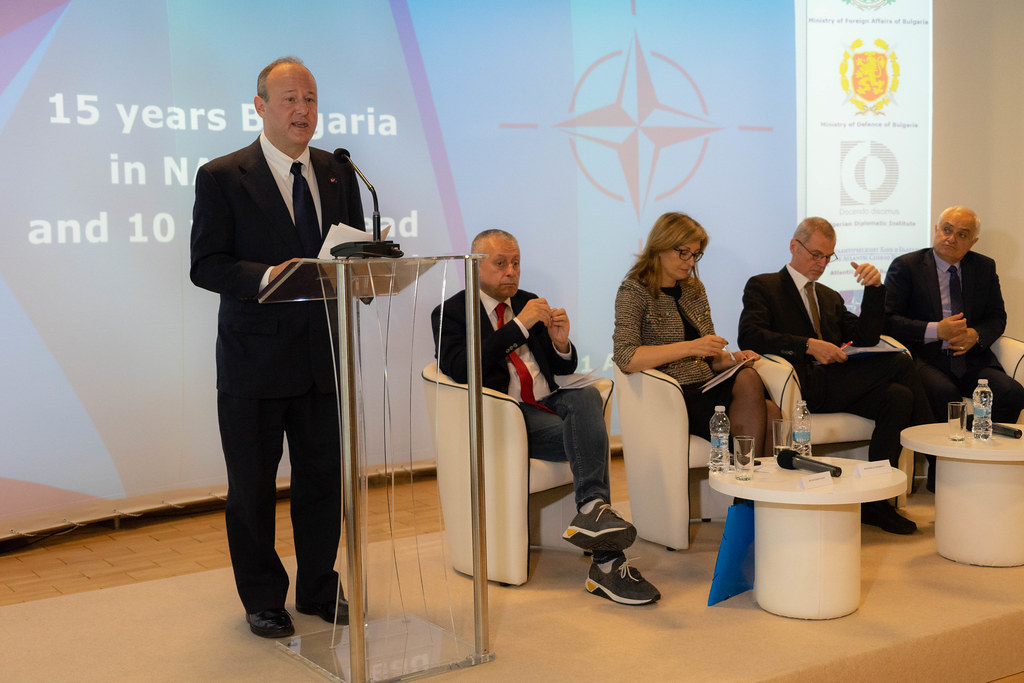