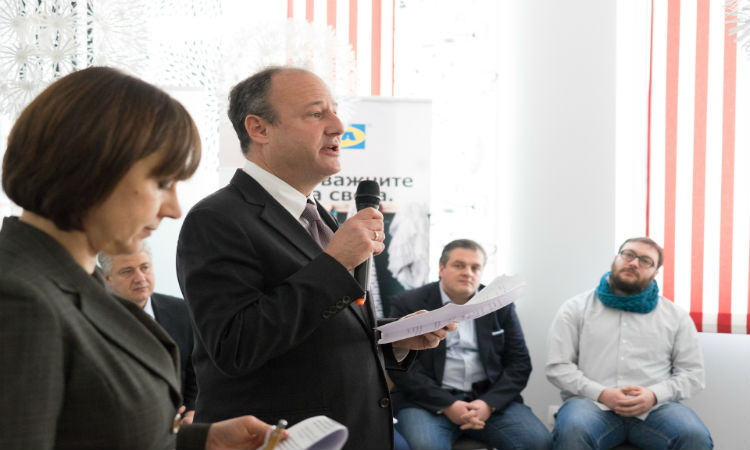 On February 21st Ambassador Eric Rubin took part in the launch of the America for Bulgaria Foundation project “Little Heroes,” which will transform the Pirogov Hospital’s Children’s Ward. The project will turn parts of Pirogov into a space similar to what many Bulgarian children have already enjoyed at Muzeiko. Ambassador Rubin together with ABF’s President and CEO Nancy Schiller thanked IKEA, UniCredit Bulbank, AstraZeneca, City Academy, Tribal Worldwide-Sofia, and LHSA+DP New York for their social responsibility and partnership in this project.