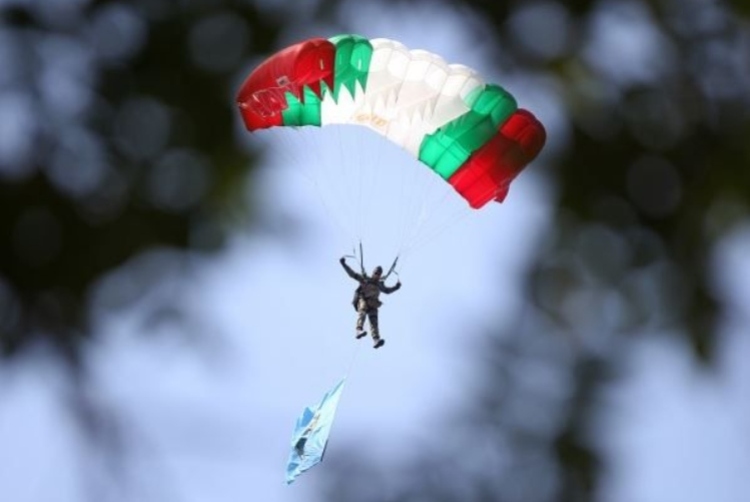 The joint Bulgarian-American preparation “Thracian Autumn 2019” is being held for the 11th year in Bulgaria. It is attended by over 620 servicemen from the Bulgarian Armed Forces and nearly 100 servicemen from U.S. servicemen in Europe. During the trainings this year, U.S. instructors are teaching their Bulgarian colleagues how to use the new flying wing parachutes.

The U.S. C 130 aircraft reaches an altitude of 3,000 meters. It is time for the Bulgarian servicemen and their American colleagues, who are in the role of trainers to prepare for the jump.

During the joint training combat and training parachute jumps are performed, at low and medium altitudes, from 400 to 3000 meters in height. Humanitarian-oriented tasks are also performed, throwing low-altitude parachutes from planes. This activity applies in the event of disasters and disasters to assist the local population.