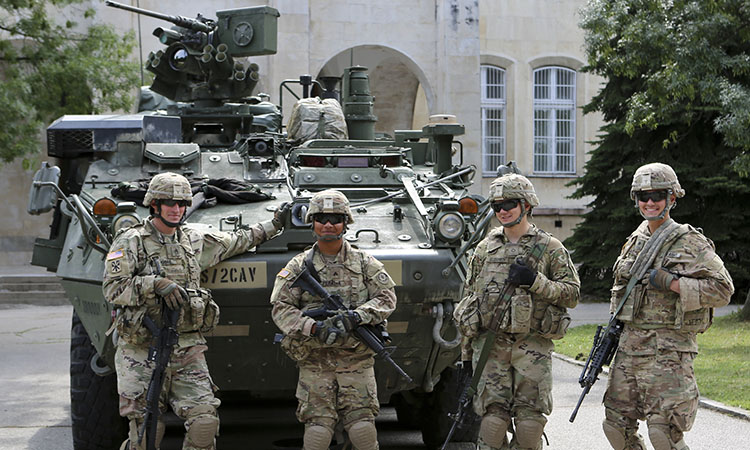 American officers from 2nd Cavalry Regiment, U.S. Army Europe paid their respect and laid a wreath the Tomb of the Unknown Soldier in Sofia just before the joint static display of U.S. and Bulgarian combat vehicles in Sofia on Thursday, July 27.  Sofia residents and visitors had the opportunity to see American M 11126 Stryker vehicles as well as Bulgarian Land Forces’ MSFV “COMMANDO SELECT” vehicles at the Rakovsky Staff and Defense College in Sofia.