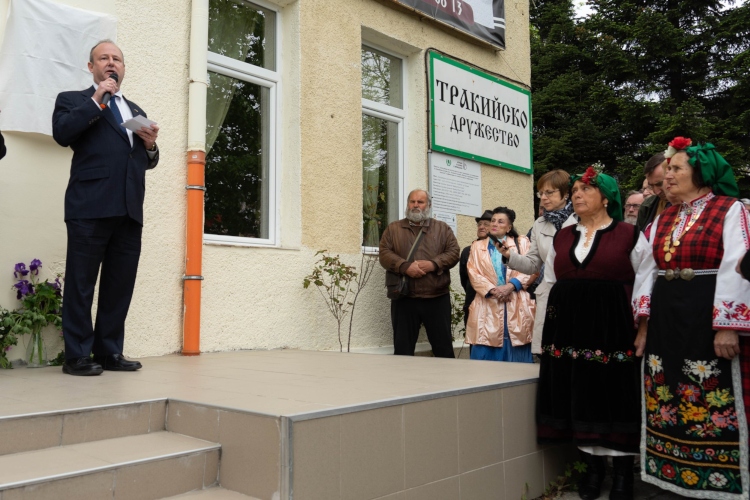 Thank you for welcoming me today to your historic city of Plovdiv.

I am grateful for the opportunity to join this event marking historic American support for Bulgarian sovereignty and independence.  President Wilson’s Fourteen Points Address on January 8, 1918 shaped both Bulgarian and American histories.  President Wilson’s argument that boundaries should follow the principle of national self-determination contributed directly to maintaining Bulgarian territorial integrity in the years after WWI.  He believed so firmly in this principal that he reportedly announced at the 1919 Paris Peace Conference, “I will leave the conference and Paris rather than agree to the sharing of a nation with an independent state and a past.”

Today, 100 years after U.S. President Woodrow Wilson argued passionately in defense of maintaining Bulgaria’s territorial integrity, the Bulgarian-American bilateral relationship grows ever deeper.  Our economic and social ties bind us as allies and as friends.  This year marks both NATO’s 70th anniversary and the 15th anniversary of Bulgaria’s accession to the Alliance.  2019 is also the 30th anniversary of the fall of the Berlin Wall.

As we mark a century of history passing after the end of the first World War, Bulgaria, America, and all NATO member countries stand together today to ensure that the sacrifices made in war 100 years ago need never be repeated. 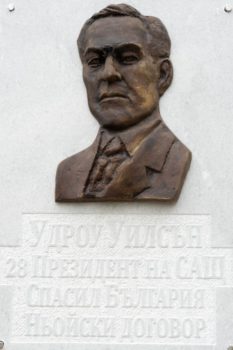 President Wilson could not have foreseen the depth of our bilateral relationship today in 2019. Early in April I attended the dedication of a section of the Nikola Vaptsarov Naval Academy Library to U.S. Navy Rear Admiral Alfred Thayer Mahan.  That ceremony, and today’s, are just two examples of our ongoing close bilateral relationship.

At the beginning of this month Bulgaria’s Navy frigate BGS Drazki participated in Black Sea naval exercise Sea Shield as part of Standing NATO Maritime Group Two.  The United States also participated.  Romania hosted the exercise – President Wilson would have been pleased if he could have foreseen that Romania would in the future welcome Bulgarian military forces as part of a joint alliance.

Bulgaria has become a model for Western Balkan countries aspiring to integrate more closely with and eventually formally join the Euro-Atlantic framework of peace and prosperity through the European Union and NATO.  History has moved forward, and so have strategic alliances.  May this statue serve as a reminder of our now many years of shared alliance, and serve as a symbol of our ongoing ties.