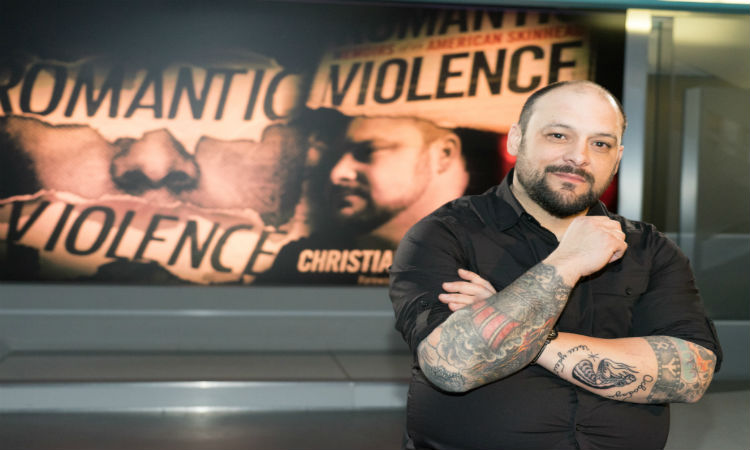 He has a kind look and a soft voice. Both are contrary to the massive amount of tattoos covering his arms. He looks at people in the eyes in the attempt to start a talk and often he ends the conversations with a hug. This is Christian Picciolini, a former neo-Nazi, who has embraced a new life of love after hate.

“I planted a lot of seeds of hate… and I feel it is my responsibility to erase some of what I helped to create,” said Picciolini at the Red House Center for Culture and Debate in Sofia on January 30.

From the time he was 14 growing up in Chicago until he was 22, Picciolini was a member of a neo-Nazi skinhead group and rose to be its leader. He sang in a punk band that espoused white supremacy. He had a record store that sold racist music. He participated in acts of violence against people he believed to be inferior. Eight years into the movement he slowly started to pull himself out. “If I went on with it – I would either be in prison or be dead by now,” Picciolini said. By the time he managed to detach himself from the neo-Nazi, he had already lost his business, friends, parents, wife and kids.

Today he has taken on the challenge to “Tell his story to anyone who would listen.” This is a promise he has made to one of his former victims. In Bulgaria he is visiting Vratza, Montana, and Sofia to talk to students and adults about the risks of getting recruited into extremists organizations and how to help yourself or others.