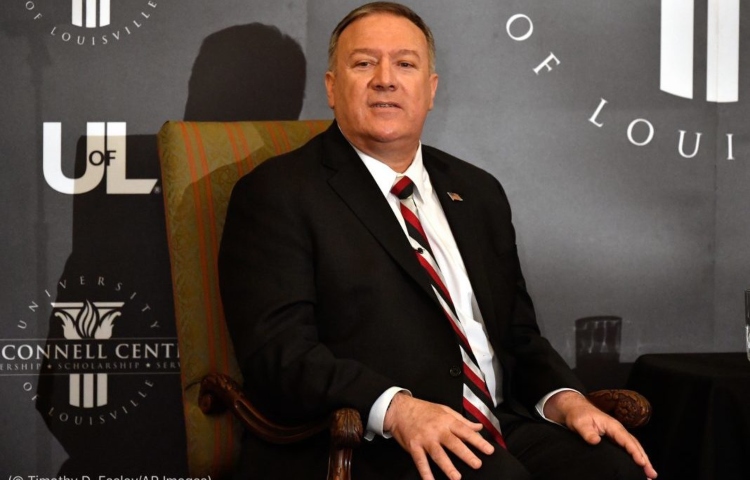 EU communications ministers will gather in Brussels on Tuesday to discuss how to safeguard emerging fifth-generation (5G) wireless networks. Their decisions could have lasting impacts on European countries’ ability to protect their people’s privacy, and ultimately, safeguard their freedoms.

5G networks will soon touch every aspect of life, including critical infrastructure. Innovative new capabilities will power autonomous vehicles, artificial intelligence, smart grids and other groundbreaking technologies. Thanks to the way 5G networks are built, it’s impossible to separate any one part of the network from another.

It’s urgent that trustworthy companies build these 21st-century information arteries. Specifically, it’s critical that European countries not give control of their critical infrastructure to Chinese tech giants like Huawei, or ZTE.

With so much on the line, it’s urgent that trustworthy companies build these 21st-century information arteries. Specifically, it’s critical that European countries not give control of their critical infrastructure to Chinese tech giants like Huawei, or ZTE.

Just consider Huawei’s track record. The company, based in Shenzhen, maintains links to the Chinese People’s Liberation Army. It is implicated in espionage in the Czech Republic, Poland and the Netherlands, has allegedly stolen intellectual property from foreign competitors in Germany, Israel, the United Kingdom and the United States, and is accused of bribery and corrupt practices in countries like Algeria, Belgium and Sierra Leone. Huawei receives massive state support that unfairly allows it to undercut prices offered by market-based rivals.

But securing 5G networks means more than preventing any one company from building them. China’s National Intelligence Law makes clear that the Chinese Communist Party (CCP) can force any 5G supplier headquartered in China to turn over data and take other actions in secret.

That’s troubling, because the CCP itself is behind a long list of malicious cyber activities. Just last year, the U.S. Department of Justice charged members of the Tianjin-based hacking group APT 10 — which acted in association with the Chinese Ministry for State Security — with attacking dozens of European and American firms to steal intellectual property and sensitive personal information.

With 5G capabilities, the CCP could use Huawei or ZTE’s access to steal private or proprietary information, or use “kill switches” to disrupt critical future applications like electrical grids and telesurgery centers. And one only needs to look at the CCP’s extensive human rights abuses in Xinjiang — so clearly laid out in recently leaked documents — to see how it is using technology for mass repression.

EU technical experts took a great step forward in October when they warned in a 5G coordinated risk assessment that “the risk profile of individual suppliers will become particularly important, including the likelihood of the supplier being subject to interference from a non-EU country.” The United States urges the EU’s member states to go even further, and establish national standards to address potential threats to privacy, security, safety, human rights, sovereignty and intellectual property.

Some of Beijing’s backers, including European public relations firms hired by Huawei to do damage control, are arguing against that advice. They claim Huawei technology is better and cheaper than other alternatives, and ignore the company’s troubling history.

The EU doesn’t have to listen to them, or take such risks as described here. European companies like Ericsson and Nokia produce high-quality, price-competitive 5G equipment, as does the South Korean company Samsung. These firms are legitimate commercial actors that compete fairly. Even more importantly, they are headquartered in democracies that abide by the rule of law, and are accountable for their actions.

The United States respects each nation’s right to set technology policy, and decide how it will protect its people. But our friendships and alliances with EU states ones ultimately built on a common love of freedom — demand that we raise our concerns when we see threats to our shared security.

I am confident that European states will keep making good decisions on behalf of their citizens. The United States looks forward to working with Brussels to build a strong, secure and prosperous digital future for all.