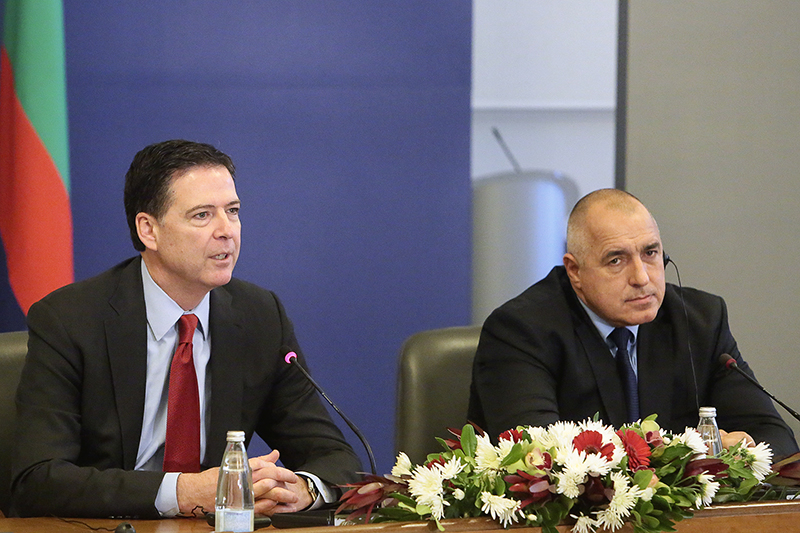 Director Comey was in Sofia to discuss the strong partnership between the FBI and the Government of Bulgaria on law enforcement matters including counterterrorism, cyber and organized crime, and to pledge support and assistance in the areas of rule of law reform and anti-corruption.

The Director praised recent successful joint investigations in both cyber and organized crime, while stressing the FBI’s commitment to supporting Bulgaria’s efforts to reform the judicial system, uphold the rule of law and address corruption at all levels of government, with an emphasis on the importance of law enforcement that is de-politicized.

Director Comey also met with Bulgarian graduates of the FBI’s National Academy to congratulate the officers for successfully completing this challenging training in Quantico, Virginia, with fellow officers from the United States and around the world.  The Director stressed the need for law enforcement agencies and prosecutors to continue to train and work together, as these collaborative partnerships are vital to sustained success in fighting crime and terrorism.