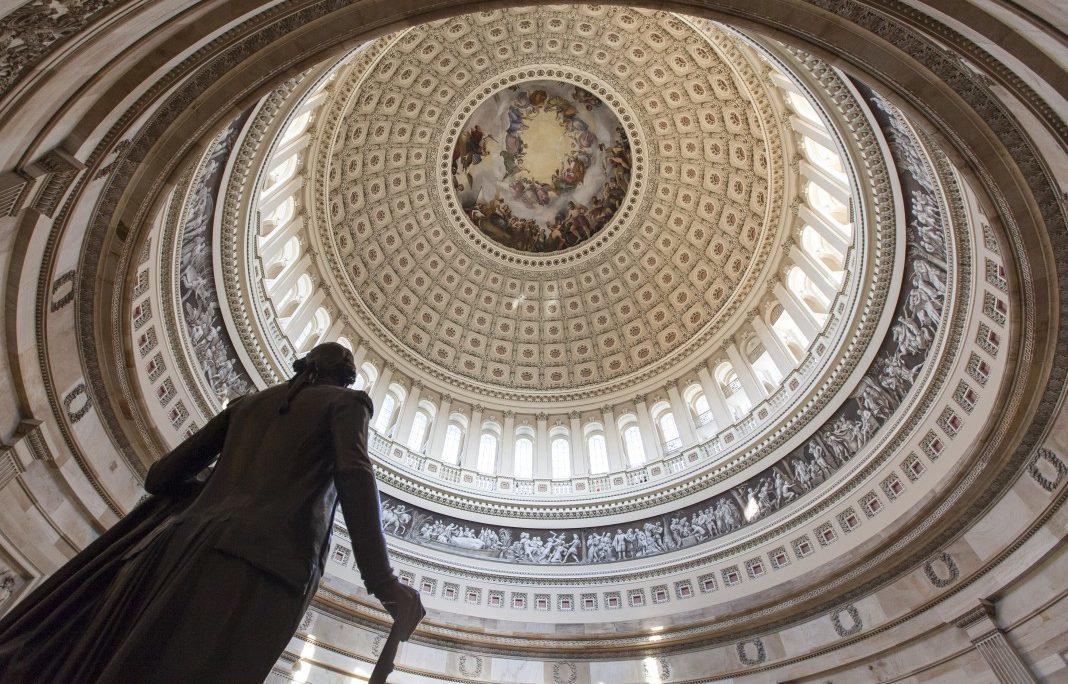 Statue of George Washington in the U.S. Capitol (AP Images)

Of all the presidents in the history of the United States, Abraham Lincoln is probably the one that Americans remember the best and with deepest affection. His childhood in the frontier of Indiana set the course for his character and motivation later in life. He brought a new honesty and integrity to the White House. He would always be remembered as “honest Abe”. Most of all, he is associated with the final abolition of slavery. Lincoln became a virtual symbol of the American dream whereby an ordinary person from humble beginnings could reach the pinnacle of society as president of the country.

In 1834 he was elected into the House of Representatives and began a long road to become the sixteenth president of the United States. He practiced law all across the state for the next few years, traveling far on horseback to different counties. In 1847 he was elected into Congress, but his opinions did not ensure him a long stay there. He was vehemently against slavery and took stands on other controversial issues. He was not elected for a second term, so he returned to his law practice.

A few years later, slavery became a stronger issue, and more people were willing to abolish it. Lincoln joined the Republicans, a new political party that was opposed to slavery. The Republicans nominated him for the U.S. Senate in 1858.

Nominated by the Republican Party in 1860 as its candidate for the Presidency of the United States, Lincoln won by a small margin. But with his election, the country began the process of “dividing against itself”.

Lincoln was elected to a second term in 1864. The South surrendered, and the Civil War ended on April 9, 1865.

George Washington, born February 22, 1732 in Virginia, was a natural leader – instrumental in creating a united nation out of a conglomeration of struggling colonies and territories. The first president of the United States of America is affectionately honored as “the father of his country”.

Shortly after his twenty-second birthday, Washington served in the army of King George III of England. In the war against the French and Indians, Washington commanded large troops of soldiers and showed courage that inspired all his soldiers.

At this time, King George III of England dominated the thirteen colonies along the east coast and much of the surrounding territories. Colonists began to want their freedom, and live with a set of rules based on democracy, not under the rule of a faraway king. The Boston Tea Party of 1773, a colonial rebellion against taxes, helped to spark the American Revolution. Washington led and encouraged his inexperienced armies against the British forces for eight years until the colonies won their independence.

Laws for the new country were written into the Constitution and the Bill of Rights. The laws called for a President, and here again George Washington was considered the natural choice. He agreed to serve his country as the first President.

Americans celebrated Washington’s birthday while he was still alive. They were grateful for a strong leader who had proven that democracy was a feasible way to govern the growing country.

Various communities observe the holiday by staging pageants and reenactments of important milestones in Washington’s life. Also, the holiday has taken on another side, much more commercial in nature. Many shopping malls and stores run Presidents Day sales to attract shoppers who have the day off from work or school.