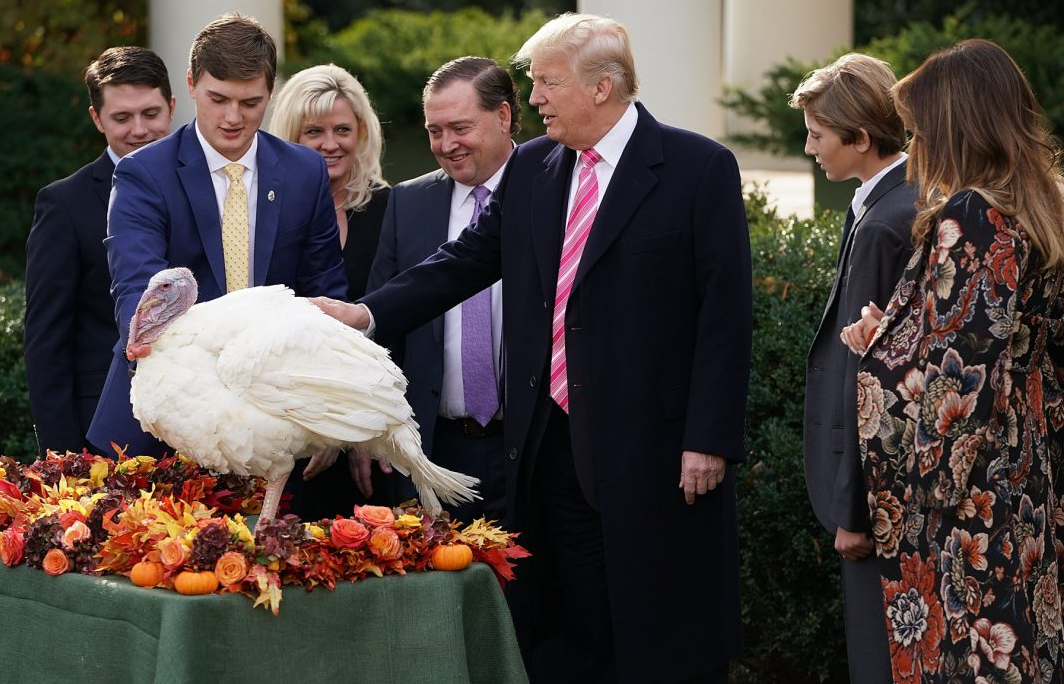 Almost every culture in the world has held celebrations of thanks for a plentiful harvest. The American Thanksgiving holiday began as a feast of thanksgiving in the early days of the American colonies almost four hundred years ago.

In 1620, a boat filled with more than one hundred people sailed across the Atlantic Ocean to settle in the New World. This religious group had begun to question the beliefs of the Church of England and they wanted to separate from it. The Pilgrims settled in what is now the state of Massachusetts. Their first winter in the New World was difficult. They had arrived too late to grow many crops; and without fresh food, half the colony died from disease. The following spring, the Iroquois Indians taught them how to grow corn (maize), a new food for the colonists. They showed them other crops to grow in the unfamiliar soil and how to hunt and fish. 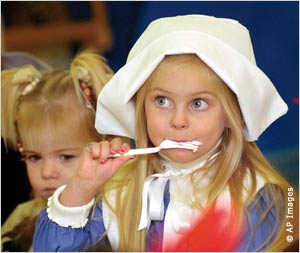 Dressed as a Pilgrim, a young girl enjoys a forkful of mashed potatoes at the Montessori Children’s Center in Wheeling, West Virginia.

In the autumn of 1621, bountiful crops of corn, barley, beans and pumpkins were harvested. The colonists had much to be thankful for, so a feast was planned. They invited the local Indian chief and ninety Indians. The Indians brought deer to roast with the turkeys and other wild games offered by the colonists. The colonists had learned how to cook cranberries and different kinds of corn and squash dishes from the Indians. To this first Thanksgiving, the Indians had even brought popcorn.

In following years, many of the original colonists celebrated the autumn harvest with a feast of thanks. After the United States became an independent country, Congress recommended one yearly day of thanksgiving, for the whole nation to celebrate. George Washington suggested the date November 26 as Thanksgiving Day. Then in 1864, at the end of a long and bloody civil war, Abraham Lincoln asked all Americans to set aside the last Thursday in November as a day of thanksgiving.