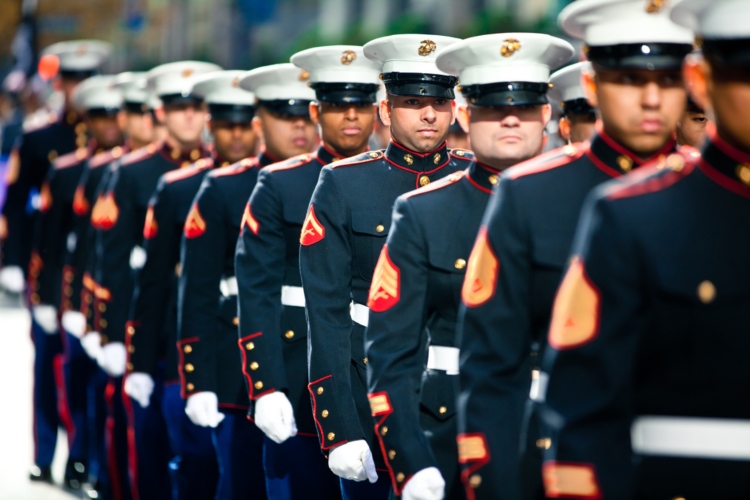 In 1918, on the eleventh hour of the eleventh day in the eleventh month, the world rejoiced and celebrated. After four years of bitter war, an armistice was signed. The “war to end all wars” was over.

November 11 was set aside as Armistice Day in the United States, to remember the sacrifices that men and women made during the war in order to ensure a lasting peace. On Armistice Day, soldiers who survived the war marched in a parade through their home towns. Politicians and veteran officers gave speeches and held ceremonies of thanks for the peace they had won.

Congress voted Armistice Day a legal holiday in 1938, twenty years after the war ended. But Americans realized that the previous war would not be the last one. World War II began the following year, and nations great and small again participated in a bloody struggle. After the Second World War, Armistice Day continued to be observed on November 11.

In 1953, townspeople in Emporia, Kansas called the holiday Veterans’ Day in gratitude to the veterans in their town. Soon after, Congress passed a bill introduced by a Kansas congressman renaming the national holiday to Veterans’ Day.

Americans still give thanks to peace on Veterans’ Day. There are ceremonies and speeches, and at 11:00 in the morning, most Americans observe a moment of silence, remembering those who fought for peace.

After the United States’ involvement in the Vietnam War, the emphasis on Holiday activities has shifted. There are fewer military parades and ceremonies. Veterans gather at the Vietnam Veterans Memorial in Washington, D.C. to place gifts and stand quiet. vigil at the names of their friends and relatives who fell in the Vietnam War. Families who have lost sons and daughters in wars turn their thoughts more toward peace and the avoidance of future wars.