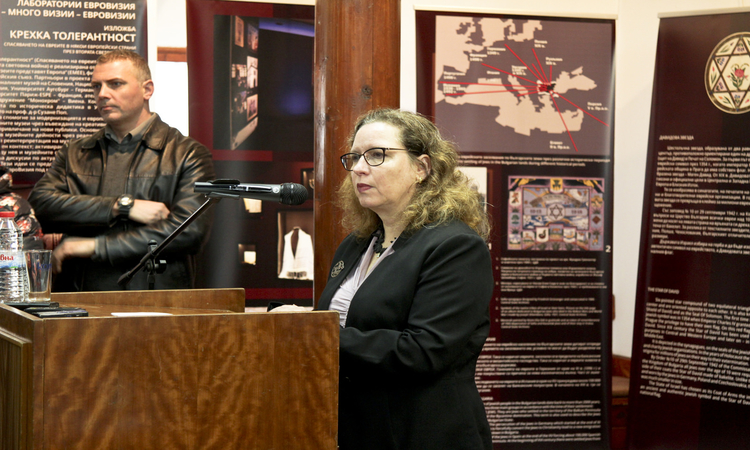 Kyustendil Mayor Peter Paunov commemorated “International Holocaust Remembrance Day” by hosting various lectures including by the Israeli Ambassador Ms. Irit Lillian and celebrating the opening of the exhibition “The Fragility of Tolerance”.   Mr. Svetlozar Zhelev, Director of the National Book Center from NDK presented books in Bulgarian on the Holocaust as well as announcing an essay contest on “The Holocaust and the Bulgarian Saviors: A challenge in Hard Times”.  U.S. Cultural Attache, Ms. Tammy Paltchikov, participated in the laying of a wreaths and flowers at the monument of Dimitar Peshev, a Kyustendil native recognized for his instrumental role in preventing the deportation of 48,000 Bulgarian Jews.”