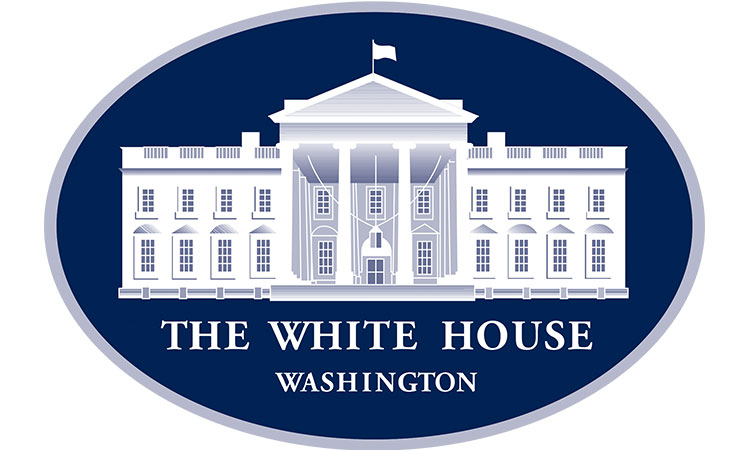 THE WHITE HOUSE
Office of the Press Secretary

We, the President of the United States and the Prime Minister of Bulgaria, reaffirm the strong friendship and alliance between our two countries.  As friends and Allies, we dedicate ourselves to deepening our security cooperation and to promoting economic growth and prosperity for our two great nations.  Today, we are announcing measures intended to strengthen the strategic partnership between the United States of America and the Republic of Bulgaria.

The principal goal of our relationship is to strengthen the transatlantic community as a community of nations, united by shared sacrifice and a commitment to common defense, democratic values, fair trade, and mutual strategic interests.  Thirty years ago, with the end of the Communist dictatorship, Bulgaria freely chose a transatlantic orientation.  Fifteen years ago, Bulgaria reaffirmed its transatlantic Western choice when it became a NATO Ally.

The United States commends Bulgaria’s leadership and commitments to burden sharing, exceeding two percent of gross domestic product for defense spending this year.  Bulgaria also plans to meet its longer-term NATO defense spending pledge by 2024.  Our militaries stand together in the defense of freedom and look to reinforce our defense and deterrence posture across NATO’s eastern flank, including in the Black Sea, which is critical for Euro-Atlantic security.  The United States and Bulgaria have derived mutual benefit from combined training and other U.S. operational usage of Novo Selo Training Area and Graf Ignatievo Air Base in Bulgaria, and intend to explore ways of furthering our combined training opportunities in the future.  The United States and Bulgaria also intend to continue cooperation on the destruction of excess conventional weapons.

The United States and Bulgaria understand that energy security is national security.  We underline our common understanding that the diversification of energy sources is a guarantee of energy security, independence, and competitiveness for our economies.  Recognizing Bulgaria’s interest in moving toward more efficient and cleaner sources of energy, we will cooperate on increasing the supply of gas from diverse and reliable sources and diversifying the nuclear energy sector.  To this end, the United States intends to send a technical team to Bulgaria to work with Bulgarian counterparts to explore the possibilities for further cooperation in different areas of energy, including nuclear.  We share the view of only developing energy projects which have a clear economic basis or commercial need.  The United States and Bulgaria also plan to work together to enhance Bulgaria’s energy security by supporting expeditiously the licensing and use of American nuclear fuel for the Kozloduy nuclear power plant, in strict compliance with the safety and diversification requirements and the rules of the European Union.

We welcome Bulgaria’s aspirations to become a regional natural gas hub by completing the Interconnector Greece-Bulgaria, taking a stake and booking capacity in Greece’s Alexandroupolis floating storage and regasification unit, liberalizing its domestic gas market, expanding gas storage capacity and access, working with Serbia to build another interconnector, and investing in the reverse flow capacity of the Trans Balkan Pipeline to diversify Eastern Europe’s gas imports in compliance with the rules of the European Union.  These steps together will significantly enhance Bulgaria’s energy security, lower energy costs for the Bulgarian consumer, and make Bulgaria an energy leader in the region.

We also share a desire to work together through multilateral fora, especially via the Three Seas Initiative and the Partnership for Transatlantic Energy Cooperation, to promote regional development, including via the expansion of vital energy, transportation, and digital infrastructure.  Taking into account that secure Fifth Generation (5G) wireless communications networks will be vital to both future prosperity and national security, the United States and Bulgaria declare the shared desire to strengthen cooperation in this field.

The United States supports Bulgaria’s recent efforts to defend the country’s independence and sovereignty from malign influence.  We support the long-term efforts of the institutions and agencies involved in investigating and exposing violations of Bulgarian law by foreign malign actors, and we affirm Bulgaria’s right to chart its own future.

We stress that good governance and the rule of law form the basis of our shared security and prosperity.  The United States welcomes Bulgaria’s ongoing efforts regarding economic reforms, best practices, and a regulatory framework in pursuit of compliance with international standards, including those of the Organization for Economic Cooperation and Development (OECD).  Bulgaria underscores its desire to begin the OECD accession process as soon as possible.

The United States and Bulgaria proudly underscore the trade and investment ties that link our two countries and our common interest in shaping an investment climate that offers transparency, predictability, and stability, as well as a level playing field for our respective companies.  We commit to the principle of fair treatment of investors, to resolving any investment disputes by good-faith negotiations, and to expanding bilateral trade.  We also intend to work together to determine when it would be feasible to enter into a Social Security Totalization Agreement.  The United States supports Bulgaria’s aspiration to join the Visa Waiver Program and welcomes Bulgaria’s continued progress toward meeting the statutory requirements for designation as a program partner.

The United States and Bulgaria commit to conducting a regular strategic dialogue between our two nations in 2020 and beyond.