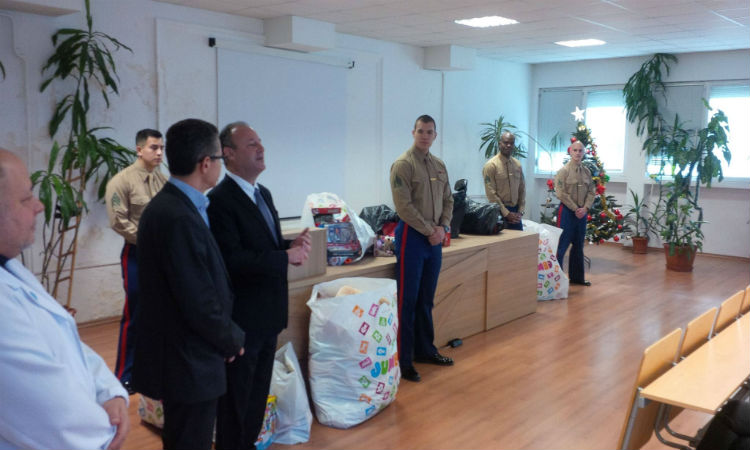 Ambassador Eric Rubin accompanied several of the Marines serving at USEMB Sofia to the University Children’s Hospital, where they presented more than 200 gifts to children who are patients in that hospital. The Marines organized the 2016 Toys for Tots, gathering donated gifts from the U.S. Embassy in Bulgaria community. U.S. Marine Corps Security Detachments serving in U.S. embassies around the world participate in Toys for Tots, which is an official program of the U.S. Marine Corps Reserves (USMCR), and was founded in 1947 by Major Bill Hendricks, USMCR, in Los Angeles, when his wife, after making a doll for a needy child, could not find an organization that would pass it along.