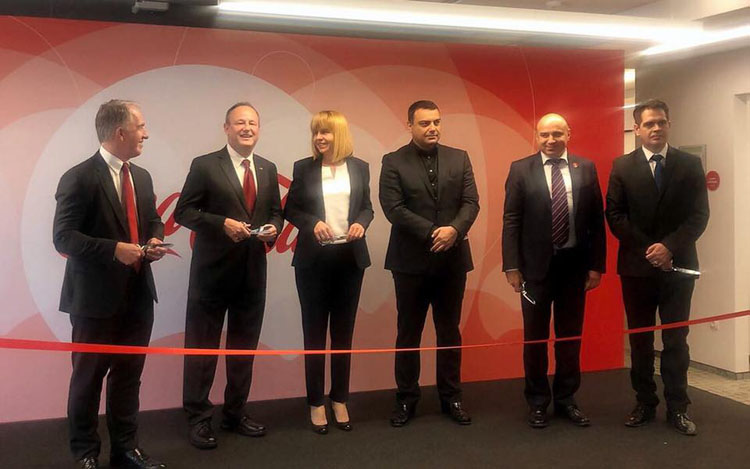 Coca-Cola’s choice to build a Development Center for Intelligent Technology in Bulgaria reflects the optimism that the U.S. Mission also feels about Bulgaria’s future. Today we mark the opening of Coca Cola’s newest IT Development Center, and note that Coca-Cola’s continued investment in Bulgaria supports Bulgaria’s economy and workforce. – Ambassador Rubin at today’s launch of Coca-Cola’s new global support center located in Bulgaria. The Bulgaria Center is now Coca-Cola’s 2nd largest IT Center in the world. Sofia Mayor Yordanka Fandаkova; Stamen Yanev, Director of the BG Investment Agency; and Minister of Transport, IT and Communications Ivaylo Moskovski also attended the Center launch.