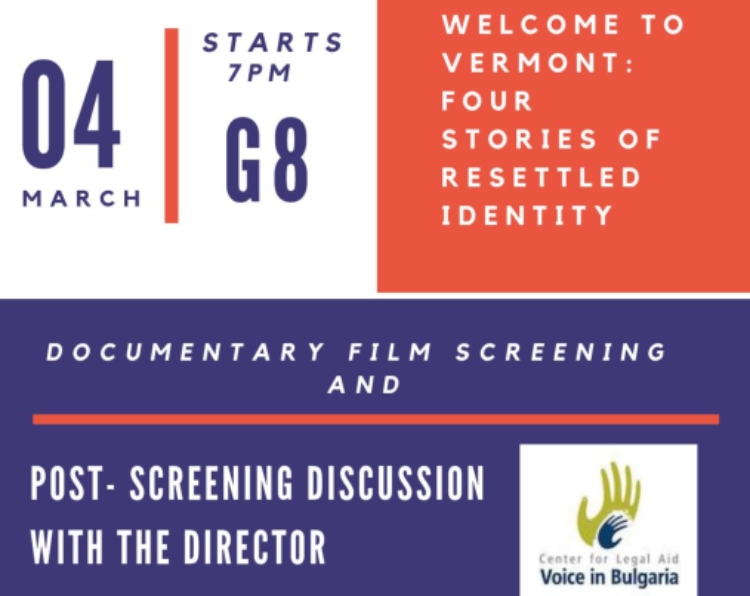 On March 4th, at 7 pm at the Cultural Center G8 in Sofia, the Center for Legal Aid “Voice in Bulgaria” has the pleasure to host a screening of the documentary film “Welcome to Vermont: four stories of resettled identity.” The screening will be followed by a discussion and cocktail with the film director Mira Niagolova. The 65-minute documentary offers a nuanced view of lives of forcibly displaced people once they have achieved their ultimate desire to resettle in the United States and “live the American dream.” It takes viewers inside the daily lives of four families from Bosnia, Somalia, Iraq, and Rwanda who have recently resettled in Vermont, one of the smallest and most homogeneous states in the country. The documentary raises questions about identity, assimilation, and diversity and explores how the adaptation process differs from one ethnic group to another, from one individual to the next.