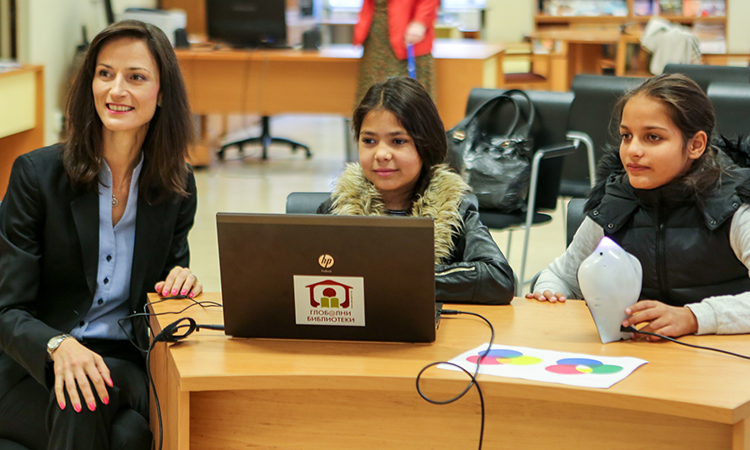 Ambassador Eric Rubin joined EU Commissioner for Digital Economy and Society Maria Gabriel as 5th graders programmed Finch Robots at the American Corner in Sofia City Library. The students, from 94 Elementary School “Dimitar Strashimirov” were celebrating European Code Week by learning to program Finch with simple commands.  The U.S. Embassy and Global Libraries – Bulgaria Foundation are hosting over 120 coding workshops in 42 Bulgarian locations in the context of the festival week, 7 – 22 October. The idea is to present children with first steps in programming in an engaging and fun way. The workshops are led by trained personnel at city libraries.