Home Начало | News & Events | The Tarnovo Constitution in the U.S. Library of Congress 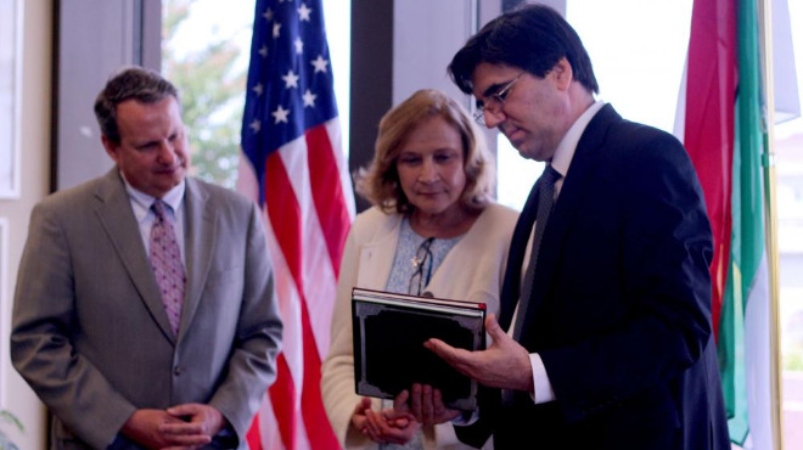 The Bulgarian Ambassador to the United States Tihomir Stoytchev donated copies of the Tarnovo Constitution, printed on the occasion of its 140th anniversary, to the U.S. Library of Congress. During a ceremony Ambassador Stoytchev reminded that the Tarnovo Constitution, which was drafted in 1879, is among the most democratic and liberal documents of its time. The donation was initiated by the President of the Bulgarian National Assembly Tsveta Karayancheva.

The Principal Deputy Librarian of Congress Mark Sweeney expressed his gratitude for the precisions donation and said that he is eager to get more Bulgarian displays become part of the Library’s collection.