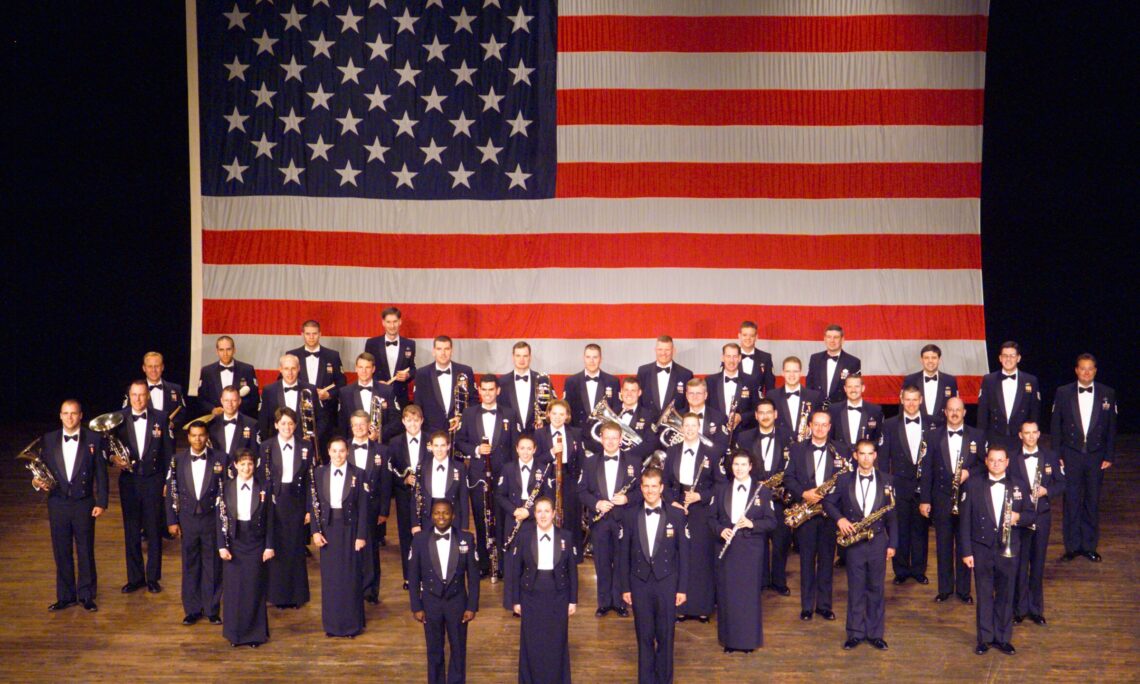 The U.S. Embassy in Bulgaria is pleased to announce the U.S. Air Forces in Europe Band (USAFE Band) will be on tour in Bulgaria from May 6-10. The tour includes free performances in four Bulgarian cities – Plovdiv, in the Ancient Theater (May 6); Stara Zagora, in the State Opera Stara Zagora (May 7); Varna, in the Sea Garden (May 9) and Burgas, in Expo Center “Flora” (May 9). The embassy is pleased to welcome the participation of the Brass Band of the Air Force of the Republic of Bulgaria, who will join the USAFE Band in these performances – which will also honor Bulgaria’s military on May 6. All concerts are open to the public and will start at 18.00; each will have alternate venues in case of rain except Star Zagora, which will be held indoors (see venue information below.) The concert in Plovdiv will be live-streamed on the U.S. Embassy’s Facebook page.

The U.S. Air Forces in Europe Band is a world-renowned musical ensemble headquartered at Ramstein Air Base in Germany. The band, which performs more than 300 live concerts annually, is one of America’s premiere service bands and the only band of its kind stationed in Europe. The USAFE Band is heard on many radio and TV programs, where their music reaches millions in Europe and promotes our shared cultural ties, cooperation, and partnerships.

The repertoire of the band reflects a variety of genres from the United States’ musical heritage and from Europe. Its performances feature recognized works from Broadway to Hollywood to New Orleans, including Dixieland, big band jazz, and traditional pieces for brass bands, with inspiring vocal and instrumental solo performances.

More information about the concerts can be found on the Facebook page of the U.S. Embassy: https://www.facebook.com/USEmbassySofia/

More information about the band can be found on the following links:

Photos can be downloaded here:

Audio and video files can be found here:

Rain venues for the performances: