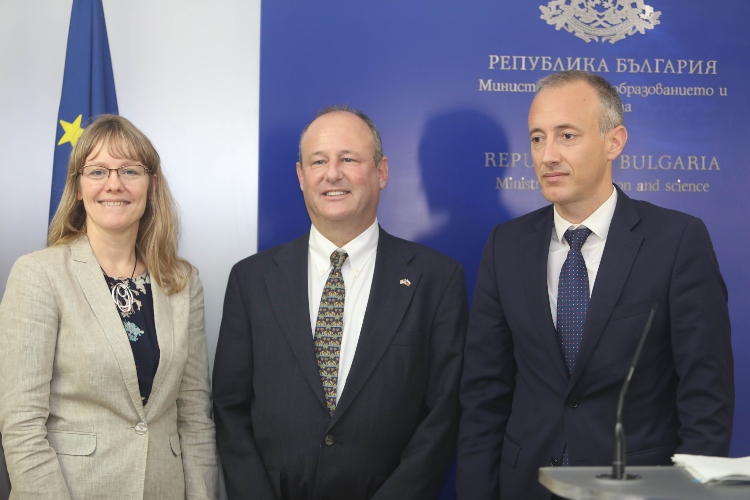 The governments of Bulgaria and the United States have decided to increase funding for the Bulgarian Fulbright Commission.  The increased financial support will expand opportunities for Bulgarians and Americans to participate in academic exchange programs, including in the sciences.

The annual contribution from the Bulgarian side will increase to USD 182,000 per year, which will allow for more students, PhD students and lecturers to receive support.

The U.S. Department of State will provide an additional $280,000 to the Fulbright Commission over the next three years.  This temporary funding increase will go toward higher stipend rates for Bulgarian and American student grantees.  The State Department annually contributes $600,000 to the Fulbright program in Bulgaria, plus $165,000 in administrative costs, for a total of $765,000.

Taken together, these announcements demonstrate a commitment by both governments to the Fulbright Commission and its goal of strengthening bilateral ties and mutual understanding through academic exchange.

Minister of Education and Science Krasimir Valchev said, “All Fulbright grantees are expected to return to Bulgaria for a period of at least two years after the completion of their study in the United States to apply their experience, knowledge and skills in their home country. In this way, the Fulbright grantees contribute their grown experience and new practices to improving the quality of education, attracting investments to Bulgaria, and strengthening the ties with the United States.”

U.S. Ambassador to Bulgaria Eric Rubin said, “Fulbright is the most widely recognized and prestigious international exchange program in the world.  These programs are building long-term relationships between American and Bulgarian citizens and institutions.”

Additional funding for the Bulgarian Fulbright Commission comes from U.S. and Bulgarian universities, schools, companies, and NGOs, including the America for Bulgaria Foundation, which pays for 30 Fulbright English Teaching Assistants.

Many Bulgarian Fulbright scholars and students have achieved professional success after returning to Bulgaria following their studies in the United States.  Some examples include:

Prof. Ivan Mladenov and Prof. Petya Ossenova, both Fulbright grantees, are among the recipients of the 2018 Pythagorean Award – the highest academic award in Bulgaria for humanities and social sciences. The award was given to Prof. Mladenov for “spreading the knowledge of the American philosopher and polymath Charles Sanders Peirce in Bulgaria and Europe.”  Prof. Ossenova received the Clarivate Analytics award for outstanding achievements in the field of social sciences.

Assoc. Prof. Petya Dimitrova from the Institute of Microbiology at the Bulgarian Academy of Sciences.  As a Fulbright scholar, Prof. Dimitrova did research in epigenetics and osthoarthritis at Mayo Clinic, Rochester, Minnesota in 2017-18. She worked successfully at the clinical lab and carried out cutting-edge tests that contribute to her current scientific projects. Together with Dr. Milena Lesseva, whom she met at one of the Fulbright open lectures, she established a successful team at the Bulgarian Academy of Sciences.

Dr. Milena Lesseva is the first and only participant in the highly competitive and prestigious Science and Technology Ph.D. Award (2008-2012), which is a five-year full grant for a PhD degree in STEM fields.  In addition to gaining her degree in Microbiology from the University of Florida, Gainesville, upon return, Dr. Lesseva became an active participant in the Fulbright community and together with Prof. Dimitrova formed a successful research team at the BAS institute of Microbiology. The team works on international projects in the field of immunobiology, and plans to expand with international interns.

Ms. Vera Toncheva was a successful graduate in entrepreneurship from the University of Florida, Gainsville, as a part of the Fulbright graduate student program in 2014-15. During her studies, Vera was engaged in interdisciplinary activities and studied entrepreneurship. Upon return to Bulgaria she started her own business and together with a colleague from the Netherlands expanded their software company internationally. Vera willingly shares her experience and advice with young entrepreneurs and encourages them to apply their skills in Bulgaria.

Mr. Ivan Genchev graduated law from John Marshall Law School, Chicago, Illinois in 2013-14.  Mr. Genchev works as jurist at a Bulgarian software start-up company that is expanding internationally, and is involved in educating young software engineers.  He brings to the Fulbright community not only his expertise, but also his desire to share his knowledge and his great passion for jazz music.

Mr. Peter Penev, Fulbright Bulgaria biology graduate from Georgia Institute of Technology, has published a number of articles in highly prestigious peer-reviewed journals, including “Molecular Biology and Evolution” and “The Journal of Molecular Evolution.”  Mr. Penev also presented a poster on the 20th NASA Astrobiology Institute celebration at Georgia Tech University and a poster at the ELSI Astrobiology symposium in Tokyo, Japan. 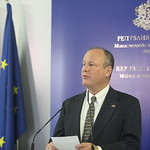