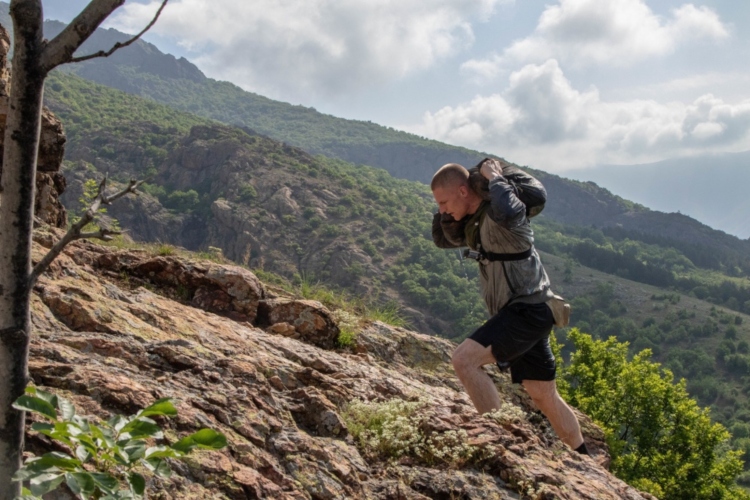 SLIVEN, Bulgaria – Without a trail to follow, and a 95-pound jug of water on each of their backs, five U.S. Soldiers hiked up the steep Bulgarian mountain.

Soldiers on rotation at the Novo Selo Training Area followed in the footsteps of Hadji Dimitar, a Bulgarian revolutionary who scaled a mountain with 43 liters of wine (95 pounds) to quench the thirst of his unit.

“In my 11 years in the Army, this might have been the hardest thing I’ve ever done,” said Staff Sgt. Michael Rowan, a military policeman with the 313th Military Police Detachment. “To train up for this I had some heavy dumbbells I would place on my shoulders and try to balance them for long distances. The problem is, when I put that jug on my back, it was a completely different monster. I really think the only way to train for something like this is to do it over and over again.”

Balancing the 95-pound jug on their backs was only one part of the challenge; the other was the difficult two miles up the mountain.

“The trail is somewhat designated, but very loosely,” said Cpl. Dillon Moran, a cavalry scout with Headquarters and Headquarters Company, 1st Battalion, 16th Infantry Regiment, 1st Infantry Division. “They give you a start point and an end point and just tell you to get up the mountain. It’s rocky, slippery, and I was scrambling up these rock faces and hills, just doing everything I can to get up that mountain. Once I was reaching the last couple hundred meters, I could hear the cheering in the distance.”

Once the Soldiers reached the top, there were more challenges waiting for them, such as knife throwing, rock throwing and wrestling. The festivities ended with a feast of lamb, vegetables and wine.

“I felt really embraced by them when I got to the top,” Moran said. “This is their history, and for them to allow us to be a part of it was really unforgettable.” 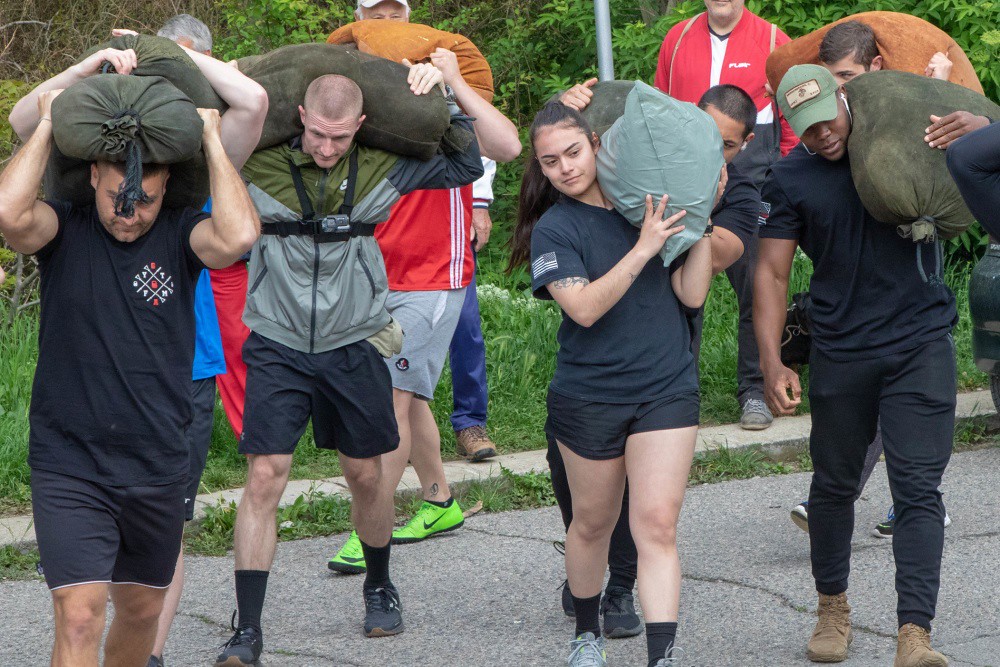