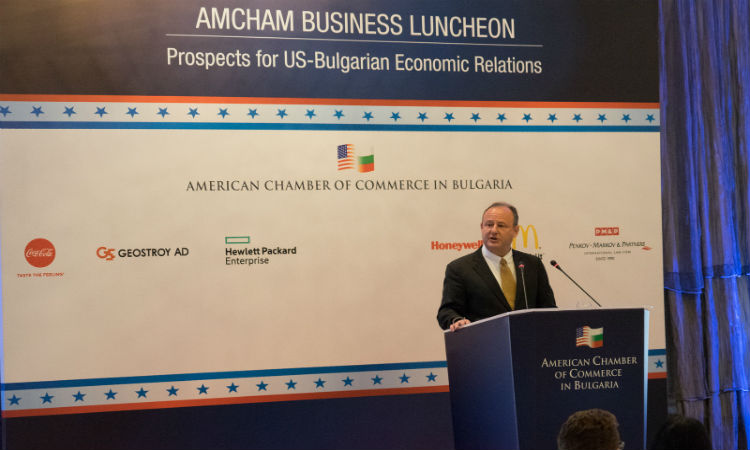 “I know this is a time of challenges and crises, but it is also a time of opportunities for US-Bulgarian bilateral relations”, said Ambassador Eric Rubin while speaking in front of American Chamber of Commerce in Bulgaria members. Ambassador Rubin was a guest at the AmCham’s business lunch on March 2, 2017. The Ambassador spoke, in front of a 120 people audience, at the Sofia Hotel Balkan on the prospects for U.S.-Bulgarian economic relations.

Rough indications show that U.S. investment in the last four years in Bulgaria totals slightly more than $1 billion dollars and bilateral trade between Bulgaria and the United States reached $1.05 billion in 2015. According to Ambassador Rubin the latest data, which will come out this Spring, will show growth of U.S. exports to Bulgaria in many sectors, including software development, business process outsourcing, and building services for technical maintenance.