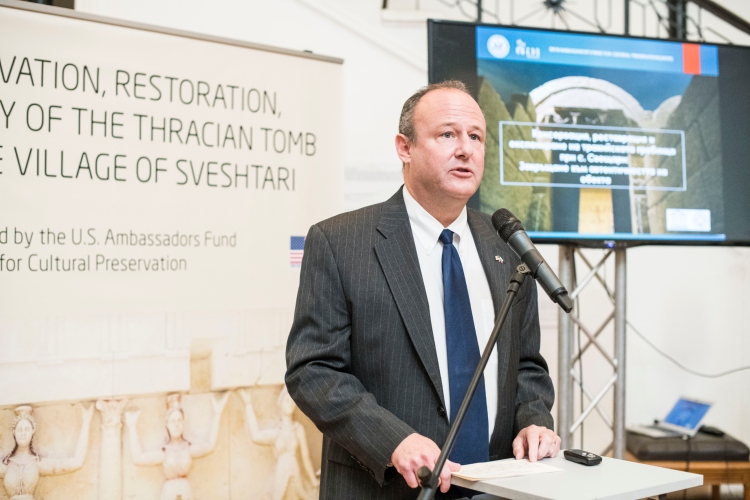 U.S. Ambassador Eric Rubin announced today that he will use the U.S. Ambassador’s Fund for Cultural Preservation to restore, conserve, and modernize display of Bulgaria’s Sveshtari Thracian Tomb – a UNESCO World Heritage Site.

The Sveshtari Thracian Tomb is a unique example of Mediterranean sepulchral architecture, and attracts approximately 50,000 visitors every year.  The tomb was built in the 3rd century BC to house the remains of a wealthy Getae tribe ruler who was buried there along with his horses. The most notable decorations inside the tomb surround the burial chamber – 10 caryatids (columns sculpted as women) whose chitons are in the shape of an upside down palmette. This kind of sculpture is otherwise unseen in the region.

The current site was not designed for 50,000 annual visitors, nor for long-term conservation.   Therefore, through the U.S. Ambassador’s Fund for Cultural Preservation, the U.S. Embassy is granting $184,000.00 USD for conservation, restoration, and modernized display of the Sveshtari Thracian Tomb in order to contribute positively to Bulgaria’s cultural preservation and tourism industry.

The restoration project – which was proposed and will be overseen by Bulgaria’s Credo Bonum Foundation – includes expert repair and renovation of significant parts of the tomb, as well as professional light installations, educational exhibits, and other improved tourist infrastructure.

This cultural preservation project is the most current in a series of Embassy-sponsored projects since 2002, such as:

Together these projects total more than $1,084,380.00 USD invested in Bulgarian cultural heritage by the United States Embassy. 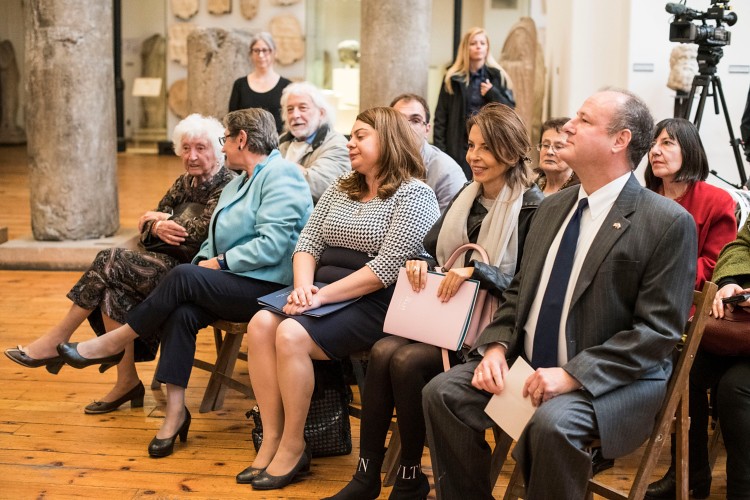