Home Начало | News & Events | The U.S. Embassy in Bulgaria Supports the Power of the Bulgarian Spirit 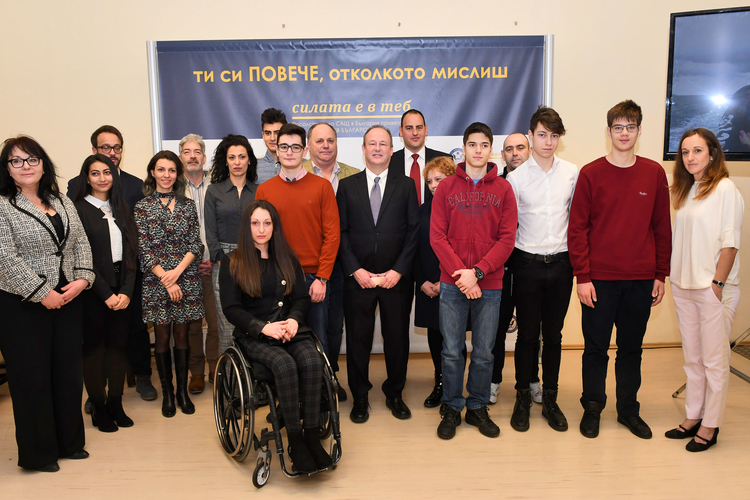 The U.S. Embassy in Bulgaria Supports the Power of the Bulgarian Spirit

Sanya Zhekova, Petar Stoychev and Prof. Pimpirev are among the new ambassadors of “The Power Is in You” campaign

On Jan 10, 2018, U.S. Ambassador to Bulgaria Mr. Eric Rubin announced the continuation of “The Power Is in You” campaign, which congratulates Bulgaria and Bulgarians on its collective and individual successes over recent decades. The first part of the campaign praised ordinary Bulgarians for their contributions to their communities and country.

The new stage of the campaign will introduce to the public new people who are leading Bulgaria in various spheres of public life and demonstrating Bulgaria’s progress and growing regional and global role. Vignettes will highlight the victories, motivation, and power of Bulgaria’s best snowboarder, Sanya Zhekova; the first person to swim across the English Channel in less than seven hours, Petar Stoychev; the doyen of the Bulgarian Antarctic program, Prof. Hristo Pimpirev; hope-giver Dr. Georgi Stamenov; as well as the innovative business endeavors of Magdalena Maleeva and Ivaylo Penchev.

Speaking on January 10, U.S. Ambassador to Bulgaria Eric Rubin stated, “In the new chapter of our campaign, which launches today, we profile Bulgarians who, through their hard work and success, evoke national pride. These Bulgarians are international symbols of respect and demonstrate many ways in which Bulgaria and Bulgarians are influencing and changing the world.”

Ambassador Rubin also reiterated American support for Bulgaria and its citizen leaders. “Our role as an embassy is to do all in our power to strengthen our bilateral partnership, which extends to security, policy, commerce, education, and a range of other spheres of public and private life. We are supportive of a strong Bulgaria. We are committed to Bulgaria’s sovereignty, democracy, and prosperity. We are optimistic about Bulgaria’s future, and this campaign is our way of telling you why.”

In order for the campaign messages to reach as many people as possible, “The Power Is in You” campaign will utilize TV spots, online videos, and outdoor advertisements. The campaign is created by the Huts J. Walter Thompson Sofia advertising agency in cooperation with Apriori Production House.