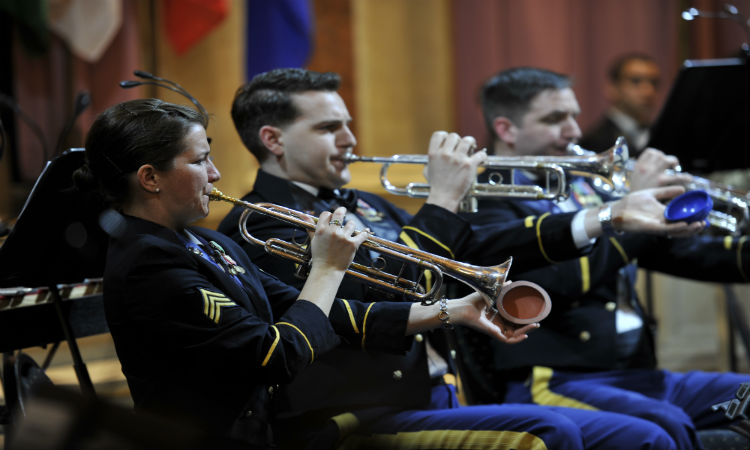 The U.S. Embassy in Bulgaria is pleased to announce that the highly acclaimed US Army in Europe (USAREUR) Band will be on tour in Bulgaria from May 4th to 6th. The tour will include free live performances in three Bulgarian cities:

In case of rain the concerts in Sofia will take place in Sofia’s Largo Ancient Serdica Archaeological Complex.

The United States Army Europe Band is an extremely versatile ensemble, always in great demand. As a whole it performs more than 200 times each year, and has appeared in over 20 European and Middle Eastern countries.

The band’s musical programming reflects diverse stylistic heritage of American and European music and feature selections that appeal to audiences of all musical tastes, including: the best of American music from Broadway stage and Hollywood screen to the sounds of New Orleans Dixieland and Big Band jazz, as well as traditional wind ensemble marches and instrumental solo features.