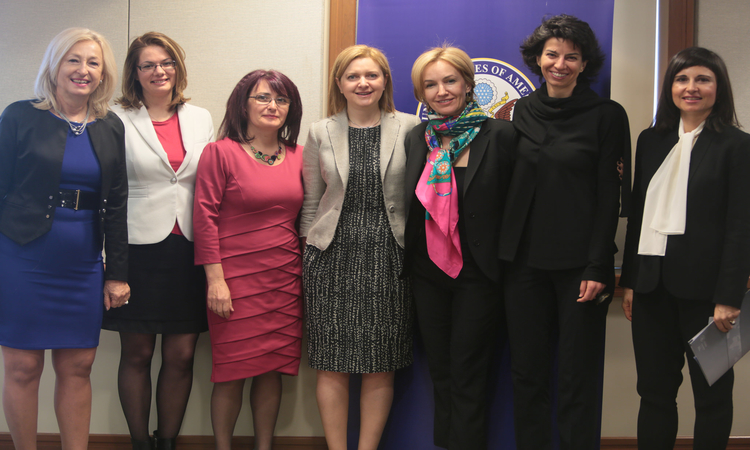 Ambassador Eric Rubin delivered opening remarks at the “Women in Tech” roundtable discussion, which was hosted by the U.S. Embassy in Sofia’s office of U.S. Global Markets. The theme of the roundtable was, “Developing the Transatlantic Relationship by Empowering Digital Entrepreneurs & Leaders.” The event, inspired by the International Women’s Day (March 8th), brought together prominent private and public sector leaders from Bulgaria’s digital economy to share their visions and explore the ways to more effectively support women in technology fields. In his address to the gathering, Ambassador Rubin emphasized Bulgaria’s human talent, human capital, and experience that makes the country such an important location for investment.